Bordó Sárkány Old Music Order, according to its definition plays “Medieval World Music”. It means that the medieval dances and songs are approached with an expressive way. However, our own compositions are marked by medieval music styles. It’s real fusion music. About half of the tracks are instrumental, the other part is composition with lyric.  Authenticity is important. Yet we feel free to combine the original melody and text with our own creative ideas. There are adaptations, remakes of XI-XII. century, but also original compositions. We play Hungarian dances, songs and other peoples secular and religious music. We have got also compositions which are played for example hungarian and irish flutes, violin, viola, zither, cister, but you can hear especially dynamic ones, played with medieval bagpipes, schalmei, koboz (lute), tambura and drums.

The band was invited to eleven different foreign countries over the past six years. We toured in Norway, Estonia, Spain, Italy, Germany, France, the Czech Republic, Slovakia, Ukraine, Poland and Romania.

We have the feeling that we’ve managed to take a small part of the Hungarian and European medieval music to other countries and we hope that with our contribution we could elicit sympathy and interest in the direction of the Hungarian artists. Our group has held lots of dance houses in several countries and of course in Hungary, too. In addition to the music we are trying to familiarize the folk music and also to make it more popular. We are pleased to see, how rapidly the Hungarian and European old music spread all over the world, how they get people’s heart, the pores of the hands and feet, inviting the visitors to embers dance.

The Dragons provide entertainment for the audience in different areas, dressed in contemporary and original costumes as it follows:

III. Hungarian and medieval dance house – dancing lessons. The duration of the dance house and fair entertainment is not limited.

Soon to Tour Australia. If your are interested in booking for your big event, please contact us. 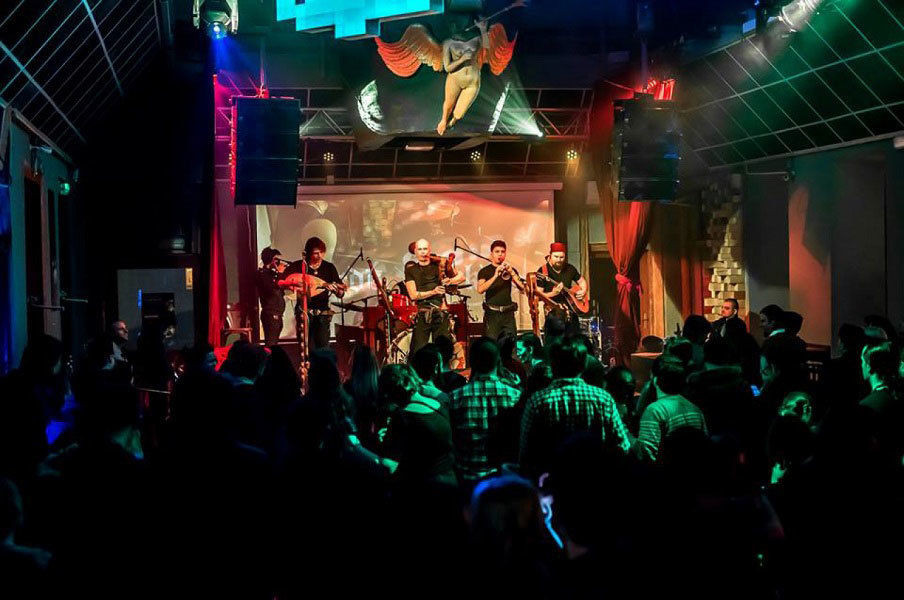