Bric A Brac travels all around the state of Victoria and beyond if necessery. They also travel by plane every year to New-Caledonia and Sydney to tour so even though they are happy to travel it will of course affect the quote. The extra price is treated individually case by case since every job is different.

Bric-a-Brac presents a vibrant and colourful tribute to French music. The songs are arranged to give new character to old favourites. The repertoire includes Parisian folklore as well as Louisiana, Quebec, Brittany and Cajun music. The melodies and improvisations of the gypsy violin compliment Ced's warm and emotional singing, while the percussive double bass and Parisian acoordion enhance the exciting rhythm character of the group to make the performance a feast of dance, nostalgia and romance..

Ced Le Meledo was born in Paris in 1967 and after extensive travels settled in Melbourne in 1988. Ced is a gifted musician and vocalist. His talent and dedication to his craft have made him a highly regarded entertainer and well known ambassador of European culture in Australia.

He carefully selected the other band members for their musical skill and also for their connection and understanding of European folklore to build a repertoire that feeds from Ireland in the west to Russia in the East. 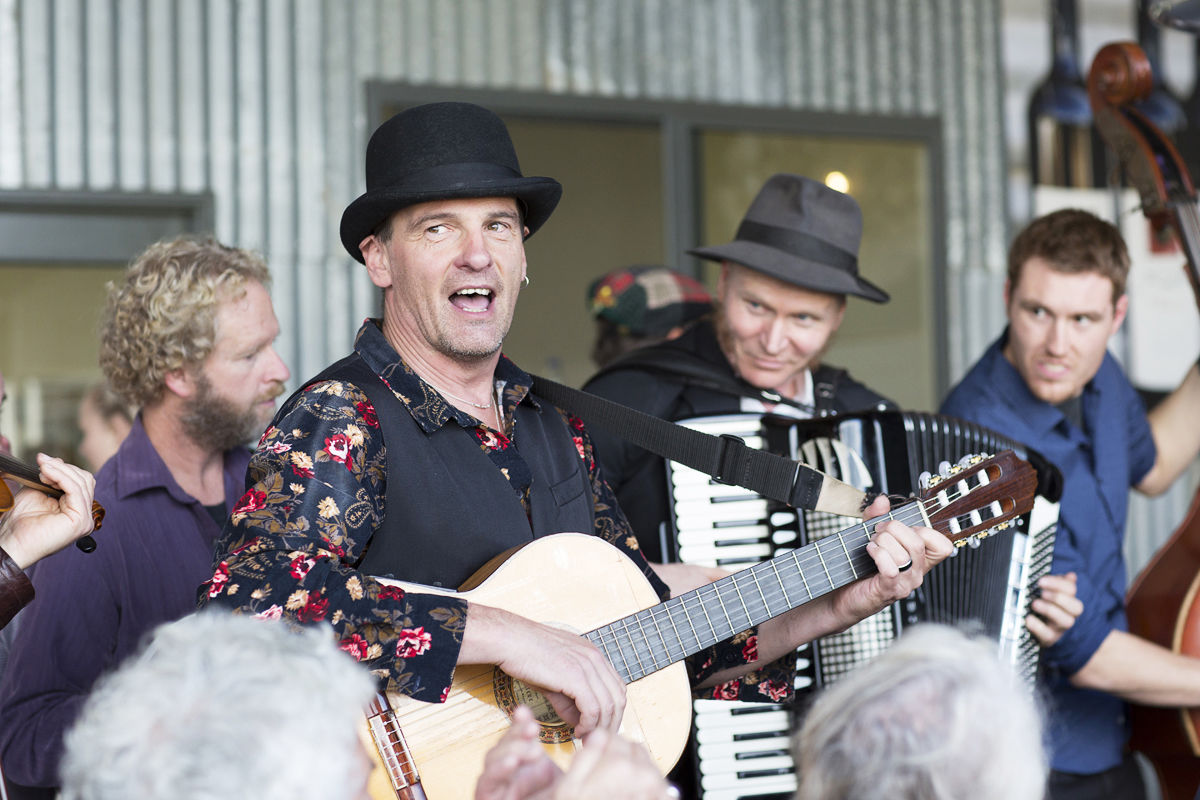