Schwarzwald is THE Bavarian style OomPah band that cater for Oktoberfests, parties, weddings and any event with a German theme. Schwarzwald involve yodeling, cowbells, traditional slap-dancing and plenty of audience participation in their performances. With a wide repertoire of modern music to add to the fun, Schwarzwald presents entertainment that will engage audiences of any age and background.

Schwarzwald now perform as the resident entertainers at the popular, beer hall/restaurant “Munich Brauhaus”, South Wharf, Melbourne and has a team of 20 very talented musicians.

A team consisting of 7 accordion/keyboard players, 5 drummer/singers and 8 brass players (trombone, saxophone, trumpet, tuba, French horn) make up the group. There is also access to a slap-dance routine with a couple of slap-dancers available if required.

Schwartzwald or the “Black Forest” band has a history dating back over 30 years! One original band member is still part of our team today. Theo (Fritz) Verheyen has been a musician/entertainer for 50 years. In 1971 he began working at one of the most iconic restaurants in Melbourne, “The Cuckoo”. Except for a few years where he played at other venues, he remained there until 2016. In the early 80’s, “Black Forest” was formed with Fritz as the band leader.

In 1986, Theo’s son Peter joined the band at 17 years of age! Many musicians have performed with the band but one constant in the last 30 years has been this father/son combination. Peter Verheyen was the leading floorshow artist at the Cuckoo for 30 years and is generally known in Melbourne for this genre of music by performing with the “Black Forest” at various Oktoberfest events.

Now, Schwarzwald performs with a team combination of 20 musicians anywhere in (and sometimes outside!)Australia. 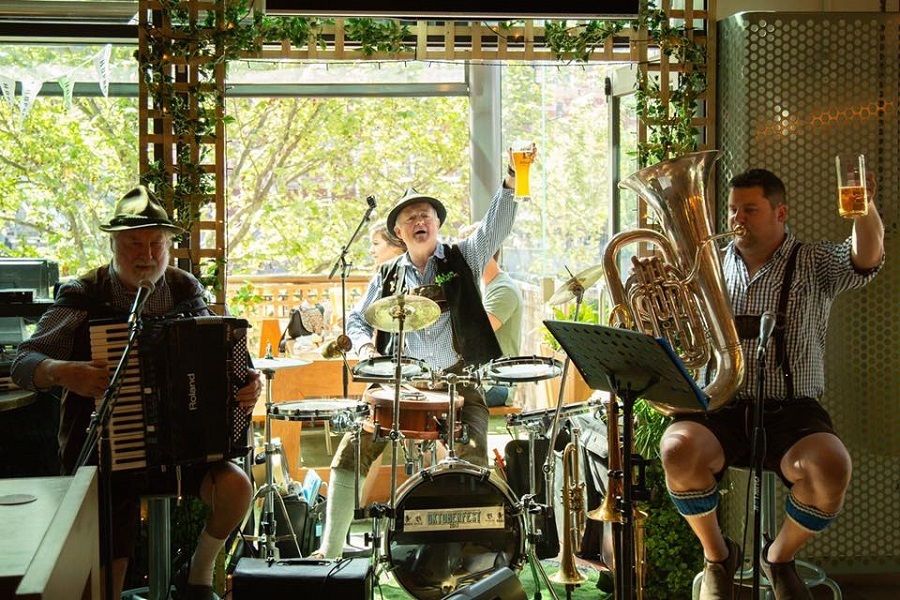