Rob brings his own style and fresh influences to his music. With years of experience in jazz, rock and funk as a contemporary pianist (Grade 8 AMEB CPM) and an exceptionally versatile vocalist, he has a special ability to be able to jam out anything that you could imagine. Rob has been playing keys since the age of 4. Now, he will blow you’re mind.

He regularly performs with high demand at weddings and functions at the best venues around Brisbane, Gold Coast and interstate, which have included the Hotel Conrad, Hilton Hotel, Radisson Resort, Hyatt Regency Sanctuary Cove, Maleny Manor, Stamford Hotel, private wineries in the Hunter Valley, and also the Brisbane Ekka.

Recent standout performances have included the LNP Campaign Launch, several high end familfunctions for Warner Village Theme Parks, residency pianist at Brisbane club Cloudland, as well as receiving praise from Gordon Ramsay during his stay at the Hyatt Regency at Sanctuary Cove, who applauded Rob’s talent and commented in his own flavour that he was “…. Brilliant”.

Rob is immersed with some of Brisbane’s finest musicians, allowing him to entertain as a duo, trio, or a full band in many forms of musical genre, suitable for any venue from piano bars, restaurants, pub rock, parties and corporate functions, to weddings and jazz clubs.

Rob is wowing crowds with an extensive repertoire of cover songs or showcasing his fine original work. 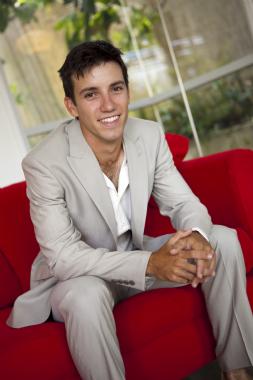