Musician, composer, song writer, producer and performer of both live and recorded works, Dave Tice has left his mark in the history of rock, punk and blues across Australia, UK, Europe and the known universe.

With the pending release of the Tice and Evans album Brothers In Arms (Mark Evans being his partner in crime for the past 20 years,) in October 2011 and more songs in the studio and under pen, Dave has shown a recent spate of knowingly cheeky grins that only emanate when good things are in the pipeline.

Stylistically versatile and successfully crossing genre through heavy rock, R&B Punk and Blues, his seeing ears drive guitars of the electric, acoustic and slide kind and his songs peppered with harmonica. Dave’s delivers smooth yet powerful vocals that are laced in deep undertones. These are his tools of trade.

His professional career developed in 1970 as a founding member of Australian heavy rock outfit Buffalo (with Pete Wells who later formed Rose Tattoo). Buffalo produced 5 albums which in 2011 are still receiving reviews by noted journalists
and along the way collected gold records and Aria nominations and helped to define the style of music now recognized as Australian pub rock. History of Buffalo Link Here

With the 7 year itch seeing the demise of Buffalo, Dave was invited to London where he fronted seminal UK R&B Punk band, The Count Bishops with whom Dave recorded another 3 albums with the single “I Want Candy’ charting in the UK top 40 prior to the tragic death of guitarist Zenon DeFleur prematurely halted what had been a steady climb.

The legacy of those years can still be found on compilations and “best of” collections available throughout Europe and the world on Ace records. “The Bishops” toured extensively in the U.K. and Europe sharing bills with Doctor Feelgood, John Cale, The Clash, Motorhead, The Stranglers Bo Diddley and some. During this time Dave co-wrote on two released Doctor Feelgood songs.

Dave returned to Oz in ’84 and performed with an array of his peers across Australia and recorded on ‘Headhunters’ collectors album ‘Outlaw Boogie’ and the award winning Blues album ‘Sippin’ and a Slidin’ by blues collective ‘J. R. And The Bar Kings’.

With the success of Sippin’and a Slidin’ record label Full Moon financed a solo album for Dave titled Lay Down With Dogs, which showcased this now seasoned performing songwriter in a collaboration with seven self-penned tracks and a number of co-write’s with Dennis Walker (Robert Cray Band writer and producer) Johnny “Guitar” Crippen (Dr Feelgood) and Mal Eastick, a legendary Australia Bluesman who also appears in one of the works along with other special guest performances peppered through out.

The early ‘90s saw the beginning of a long term collaboration with former AC/DC bassist Mark Evans which continues to this day. Tice & Evans perform semi acoustic shows across Australia. Tice and Evans have two albums under their belt, Brothers In Arms on the way through Lungata Records, national touring and international prospects in 2011 and 2012, Dave Tice is just warming up. 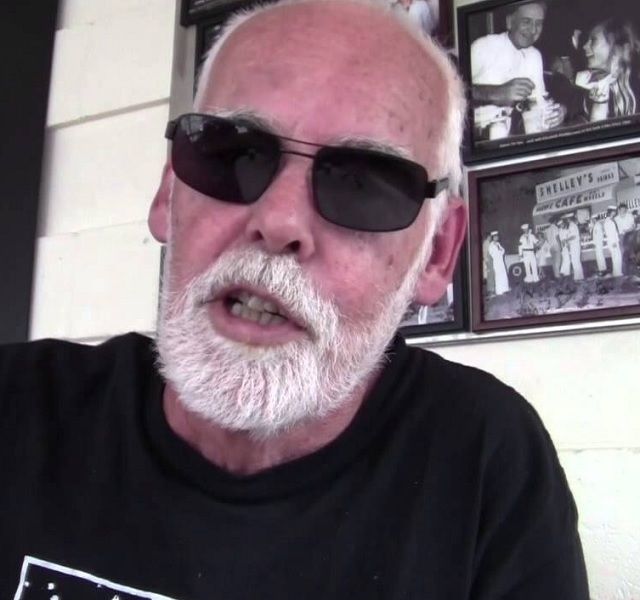