Ball in the House

Following in the path of classic harmony groups like Boyz II Men, the Temptations and Take 6 but with a modern, urban, post-millennial twist, the five member vocal band Ball in the House brilliantly blends a wide range of influences, from classic R&B to pop, hip-hop and gospel. Ball in the House is a five-man soul-pop/R&B vocal a Capella group from Boston. With their extensive tour schedule (averaging 250 dates a year), Ball in the House reaches millions and is arguably one of the most successful indie bands working today. They have opened and performed with such artists as Gladys Knight, 98°, Jessica Simpson, Blondie, The Temptations, Smokie Robinson, Kool & the Gang, and numerous others. They can be heard on national TV and radio as the voices behind the Cool Whip commercials. Their first radio single, Something I Dont Know, charted for six (6) consecutive weeks in the Top 100 on the national AC Charts, peaking at ..17. Their single, Change Face, from the Think About It EP, is currently receiving radio adds all over the country as well as international and local video adds. "Get It Together", their latest single released exclusively online through burnlounge soared to the ..1 slot for the week March 7th, 2006. With burnlougne.com's song catalog of over 1.5 million songs including artists like Black Eyed Peas, Coldplay, Kelly Clarkson and James Blunt, this is an unprecedented achievement for an independent band. 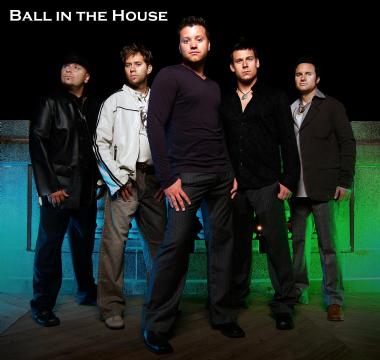