HOODLUM STATUS and Purebred presents 2.L.O.C.O. IN CRIME, a major representative of Hardcore HipHop/Rap from Western Sydney with a unique and untouchable style..... Santiago AKA 2.L.O.C.O. IN CRIME has been involved in the culture of hip hop for over ten years since 1992. In that time he has made a name for himself as an avid graffiti writer, emcee, battle DJ and producer. His first demos Underworld Figure Volumes 1 and 2 were released in 1999. Since then 2.L.O.C.O. has been refining his style as a hardcore street emcee representing Sydney’s West. His criminally motivated and uncensored lyrics have earnt him a large fanbase of supporters who can’t get enough of his hard hitting rhyme style.

During the year 2000 until 2004 2.L.O.C.O. spent time overseas in Spain, Portugal and France where he performed alongside a number of international hip hop artists including IAM, Mad Skillz, Yo Fresh and Raekwon. Once back on Australian shores 2.L.O.C.O. released Australia’s first artist mixtape “Slow Smoking: The Smugglers Mixtape.” The 2004 release sold in excess of 1200 copies in both Australia and overseas. Following the success of his mixtape 2.L.O.C.O. performed at numerous shows across Sydney, building his fanbase and reputation as an emcee not to be messed with. Throughout the years he has been affiliated with numerous graffiti crews such as BRP, 76, KOS, HR, 210 and KM; 2.L.O.C.O’s live shows are full of energy, aggression and enthusiasm for the Australian hip hop scene.

In late 2006 2.L.O.C.O. released his debut full length album “Pockets Full Of Dirt” self distributed through his own record label Hoodlum Status Records. With copies selling in retail outlets in Sydney, Canberra, Newcastle, Brisbane, Melbourne, Hobart and Perth 2.L.O.C.O. has already sold in excess of 1500 copies in Australia and overseas with demand still growing. He has held album launches and has performed at numerous venues including Sydney’s biggest hip hop events Wild West 1 & 2, in Canberra at State of the Art 4 where he supported Bias B, Funkoars and Mystro, in Adelaide at the Nurcha Fest 2007 supporting Delta, Staen 1 just to name a few with the many more shows he has done in Sydney, Canberra, etc including the Necro- Drug,Gory Death and Sex Tour 2007 at Sydney's Manning Bar.

With his next release "Talez From Da Westline" just about to drop anytime now 2.L.O.C.O. is fast establishing himself as one of Sydneys premier hardcore emcees. 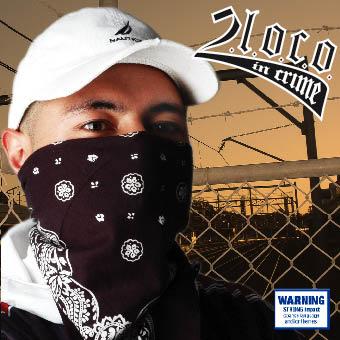