Volcanic Rock from the island of Mauritius....The band has seen light in 2004...but it's got a very long story...really too long. Xbreed does not pretend to do anything revolutionary, just melodies and feelings, might they be anger, joy...and sometimes...love.

The goal is to make people's body (not only their ears) react...gooseflesh, high blood pressure...That's a hard quest.. After their first album (a live one), they've just released their second one, "A Letter to G", hoping to make the world discover their melodies and lyrics (inspired by Radiohead, Jeff Buckley, Placebo, Primus, Faith No More, Chili Peppers, U2, Queens of the stone age etc.)...and also, their island..

All their songs are written in english except for one or two in french and one in mauritian creole. 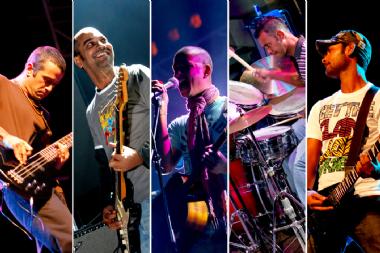