Turnpage are a four peice modern rock band from Sydneys West. Formed in early 2006, the group boast a hard rock edge with mainstream appeal. Full of passion, the aura of determination around them is omnipotent.

"It's one of those situations in life you could never plan, or even force, but somehow plays out with unbelievable precision and timing...one you can feel in yourself is right," James theorises of the bands unique formation.

Turnpage have flattened such venues as

attracting a constantly increasing fan base both online and in the live music scene.

So help the guys out and check out these awesome sites and vote for TURNPAGE! Watch this space as the band will head into the studio this year to record their long awaited debut EP, due for release late in the year... 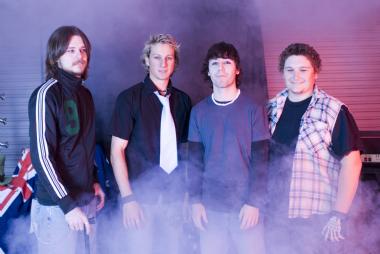