The Sydney Male Choir has entertained not only Sydney-siders but audiences around the world for almost 100 years. Entertainment is the focus and the choir can tailor a show from their giant repertoire of 150+ songs. Whether your love is show tunes, popular music of the 20th century, Welsh songs, light classics, classics and opera, and even fun novelty numbers, the choir can delight all tastes.

Bringing Joy through Song
“A chorus of singers is like a company of brothers; the heart is opened, and in the stream of Song they feel themselves of one heart and of one mind” (Herder)
With one heart and mind, the Sydney Male Choir produce one beautiful sound of song, strong, vibrant and lyrical that stirs the heart and emotions.
The Sydney suburb of Petersham in 1913 was where one group of men first joined together to sing in harmony and for pleasure, leading soon after to the foundation of the Sydney Male Choir.
Each year, since 1930, the Choir has led the Singing at the Anzac Day Dawn Service at the Cenotaph in Martin Place, Sydney, a truly proud tradition.
It also leads the Singing at the 11a.m., 11th November Memorial Service held at the Cenotaph each year.
From very humble beginnings and nearly a century on, the choir has become one of the finest and most respected male voice choirs in Australia.
The Sydney Male Choir is led by its Musical Director, Alan Thrift, who has held this post for the past 18 years. Our singing is accompanied by Eleanor Gair.
Today, the choir boasts a strong, balanced complement of over eighty members.

The Choir seeks to take its music far and wide: The suburbs of Sydney; Regional centres around NSW; periodic interstate and international Tours. The United Kingdom, Canada, United States of America, New Zealand and Ireland have all been on the Choir’s itinerary for their overseas concerts showcasing Australian talent.
The wives and partners of the choir members, together with many friends of the Choir, travel with us on these tours and share in the fun of new places and faces.
Most recently, in 2008, the Choir undertook a highly successful tour of New Zealand, giving  performances throughout both North & South island. 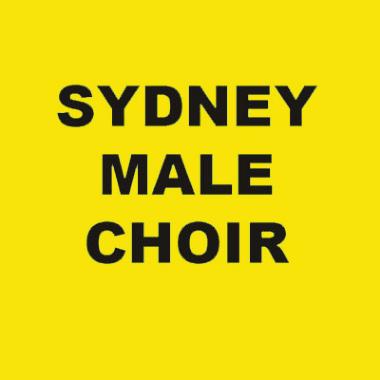