The focus of the Allstars performance is popular hits - the ones people have chosen through record purchases to be the top hits of the day. Further information about the Allstars is available in a variety of reference books on Australian rock-n-roll, at the National Film and Sound Archive and the Performing Arts Museum.

The Allstars have performed in many of Australia's finest venues with highly acclaimed international and Australian entertainers. Some of the venues at which the Allstars have performed include the Melbourne Concert Hall, Wrest Point Casino, the World Congress Centre, the Regent Plaza Ballroom, the Hyatt on Collins, Twin Towns Club, Le Meridien Melbourne, the Windsor, the Hilton, Leonda, the Melbourne Sports and Entertainment Centre, the Bruce Stadium Canberra, the Southern Cross, the Swagman, Ripponlea and at major events such as the Melbourne Moomba Festival, the Peaches and Cream Festival and the Australian bi-centenary celebrations.

- Freddie and the Dreamers

- Gerry Marsden (and the Pacemakers)

For many years the Allstars were the resident group at Australia's largest rock 'n' roll dances. Presented by the Elvis Presley Official Fan Club of Australia and the Johnny O'Keefe Club. 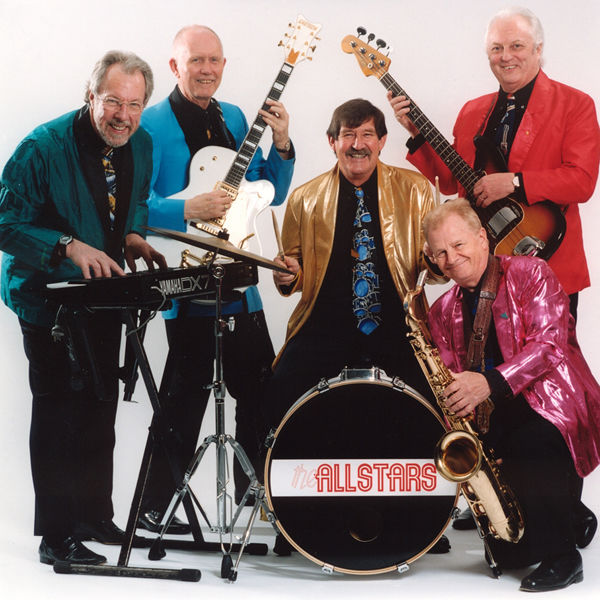