Angel Tupai. Book for your next event.

Angel Tupai's musical influences include Whitney Houston, Mariah Carey, Erykah Badu and Jill Scott. She has been able to show her soulful music and her incredible voice since her first day at X-Factor. Angel Tupai was unable to pay for music lessons when she was young but this did not stop her from developing her unique skill set. Tupai has won several scholarships that helped her pay through the Campbelltown High School of the Performing Arts. She has even performed at multiple corporate and charity events.

At only 19, Angel Tupai has become a music teacher as well as a corporate singer. Her musical influences drive her through her life, and Sebastian has referred to her performances as ‘incredible’. Mel B stated that Angel Tupai looked like a 'Goddess' in her 'Happy' performance. Tupai has been able to make her mark on the music world at even such a young age. So, fans hope that they will see more of her in the future.

Angel Tupai has captured the attention of the audience performance after performance. Her look is different from any other contestant on the show. The unique brand she portrays is enticing and beautiful. Tupai exudes an exciting aura of pure joy and that makes people fall in love with her completely. It is hard to find a contestant like her; who is strong and likeable. It seems that Tupai is always in her element and seems to make the best out of every situation. It is very common that the high stress and frustration in such reality shows get to you and cause you to lash out. However, Angel Tupai has throughout maintained her decorum and has been able to portray herself with the grace that befits her.

There is a unique sense of honesty that can be seen in all of Tupai’s performances. Contestants have worked hard on all TV shows to bring that genuine nature to their performances and their music. However, it is not something that one can fake. Tupai has the rare star quality that sets her apart from all the other contestants and makes her unique. Recently Sony signed Angel Tupai as a developing artist. Sony Music is a big name, known for discovering rare and unique talent. They signed Angel Tupai because they could see that she had something different and exceptional that needed to be shared with the world. 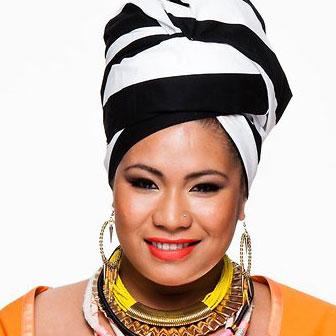