Casey Donovan is one of Australia’s most versatile Indigenous Entertainers.  After a meteoric rise to fame at the age of 16, she became the youngest ever winner of Australian Idol. 2014 marks the ten year anniversary since Casey won Australian Idol and Casey has made an indelible mark on the Australian entertainment industry. Casey makes her mark not only as a musician, but on the stage in musical theatre and as a television presenter, emcee, and author.

Casey is a multi-Award winner & nominee, including an ARIA No #1 Award for Listen with Your Heart and Deadly Awards for Best Album, Best Single and Most Promising New Talent.

After taking a break from music, Casey returned to the music arena with the release of her hotly anticipated single Big, Beautiful & Sexy. As a result of this inspirational song, she not only garnered new fans Australia-wide, but also became a poster girl for fuller-figured women. Casey took her Big, Beautiful & Sexy ethos further by touring in her own show, which has seen the remarkable singer perform to sell-out crowds at some of the country’s most coveted venues and participate in events such as Adelaide Festival, Brisbane Festival, The Rocks Festival of the Voice, Tandanya National Aboriginal Cultural Institute’s Spirit Festival, Darwin Festival and Yabun Festival.  Casey has also headlined her own Mama Cass Tribute concerts and supported the legendary Cyndi Lauper on her Australian National Tour.

Under the direction of Rhoda Roberts, Casey made her theatrical debut in Miracle In Brisbane for the Brisbane Festival. This was to be the first of many acclaimed theatrical performances, including The Flowerchildren (Magnormos), As You Like It (Company B), Opera Yarrabah (Opera Australia) and The Sapphires (Company B / Black Swan State Theatre Company), for which she received the Best Actress Award at the 4th Deagu International Music Festival Awards in South Korea.  Casey has also been nominated for Best Newcomer and Best Performance by an Actress in a Musical in the Sydney Theatre Awards.

She has appeared on many television programs including; The Morning Show, Sunrise, 20 to 1, Today Show, Yarramundi Kids, Spicks and Specks, Good Morning Australia, Rove Liveand host of the 2011 and 2012 Deadly Awards.  Casey currently presents her own music program Fusion on NITV/SBS, which is heading into its second season.

In 2014 Casey captivated readers with her autobiography Big, Beautiful & Sexy (New Holland Publishers). 2014 has also seen Casey make the move into the plus size fashion market. Casey was the ambassador and emcee for Curve Couture Roadshow as part of Melbourne Fashion Week; and will perform at Pulp Fashion Week in Paris.

Casey lends her name and support to a number of charitable and non-profit organisations in her roles as Ambassador for APRA/AMCOS, Advocate for the National Centre of Indigenous Excellence, advocate for National Indigenous Ear Health Campaignand as one of the founding members of the New South Wales Indigenous Chamber of Commerce. 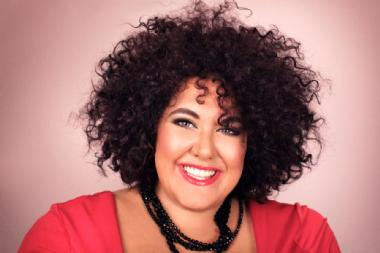