She works on a full time basis performing both nationally and internationally as a solo artist and is the lead vocalist of one of Australia’s most premier pop/dance bands COLLECTIVE (live) Collective live are a 5 piece act that perform for major corporate events, high end fashion shows and music dance festivals some including SUMMADAYZE 2012 and CREAMFIELDS AUSTRALIA alongside some of the worlds greatest artists such as DAVID GUETTA and CALVIN HARRIS.

Chloe Maggs is known for her incredible 4 octave vocal range, with comparisons to artists such as Nicole Scherzinger (Pussycat Dolls) and Leona Lewis. It is Chloe’s incredible stage presence, music diversity, and pure passion for performing that has not only engaged many audiences all around the world, but has rapidly brought her to the attention of the music industry.

Chloe has performed World wide at a large range of corporate and private events including the international world cup sailing event, Lexus, Chanel 10, BMW, Crown Casino Spring Racing marquee, iselect Fashion aid 2010/11/ 12 alongside Jessica Mauboy, Stan Walker and Ricki Lee, L’oreal fashion week and Dodo MISS UNIVERSE AUSTRALIA 2012 where Chloe opened and closed this years runway. She was this years ambassador for the world cup sailing event and featured in an article for the herald sun, and she headlined this years PURE BLONDE stage for one of Melbourne’s biggest music festivals SUMMADAYZE 2012.

Chloe has supported artists such as UK funk-soul band Brand New Heavies, Inya Day and International House DJ ‘Bob Sinclair’ and has performed live music duets with RnB superstars such as Horace Brown and Aaron Deponce (Next), Chloe Maggs is considered “world class entertainment”. Currently working on releasing her original material, Chloe has some very exciting things around the corner and we are sure Australia will be hearing much more of Chloe on radio, TV and most definitely, dance floors across the globe! 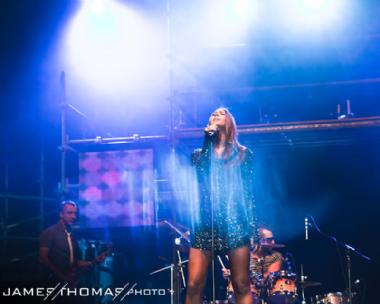