At just only nineteen years old, Claudia Migliaccio is a versatile female vocalist. Singing for 8 years, she has expanded her repertoire which covers a wide range of musical genres including pop, soul, rock, RnB, ballads and many more. Catering for public and private events, weddings, community functions and volunteering at various places, she has gained a supportive and positive following and clientele. She has experienced performing and being a part of local Adelaide events including dinners, competitions, corporate shows, weddings, hotels, bars and a variety of school performances.

Being a part of a musical school and around many musical mentors at such a young age, Claudia has been offered many great opportunities including being selected for the Class of Cabaret Show in the Adelaide Cabaret Festival in 2012, and also receiving lead roles in a number of whole school musicals.

Having grown up around music and singing since the age of three, Claudia has had many influences musically through her large family. To add to her extensive repertoire, she has been singing in Italian for almost 5 years which has gained her a lot of support from the Adelaide/Italian Community. From this, she was introduced to a local singing competition in 2011 called The Australian Festival of Italian Songs where she was fortunate enough to win a trip to Italy to sing on a local T.V station in Benevento, Italy.

Also working alongside a few bands, Claudia met Georgia Casbarra, a fellow lead singer in the band Our Perspective in 2012. From then, both girls went on to become a female acoustic trio called Sweet Escape alongside extrodinary guitarist, Peter Ravese. In May 2015, Claudia joined Adelaide corporate band Audio Box consisting of world class musicians catering for a variety of functions across South Australia.

Claudia's most recent and greatest achievement to date was in early 2015 when she was invited to the Blind Auditions of The Voice Australia: Season 4. She sang "How Come You Don't Call Me" originaly written and performed by Prince and then sung by Alicia Keys. Out of over 8,000 applicants, she was fortunate enough to make the top 48 in Australia after having Joel and Benji Madden from The Madden Brothers turn their big red chairs around for her at audition. "It is the biggest highlight of my career to date" says Claudia but unfortunately she lost her battle in the Battle Rounds singing Love Me Harder by Ariana Grande. She will keep fighting and working extremely hard to get to that dream goal and this is only the first big step in her career.

She has a strong and respectable work ethic which is admirable for someone for such a young age. She continues to grow and learn which only makes her a better person and a better artist. She absorbs every bit of criticism that is given to her and uses it to her advantage to improve.

Today, Claudia strives to share her passions and love for her artistry with as many people as she possibly can, providing her entertainment services all around Adelaide and potentially interstate and internationally and also by working with impeccable musicians and learning off their experienced knowledge. 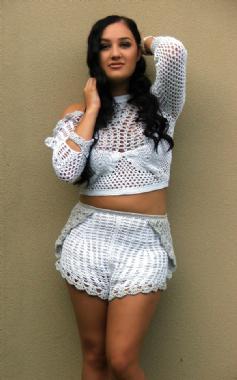