David Gould singing The Greatest Hits Of Elvis, The Rat Pack and Broadway. David has often been likened to Barry White, Paul Robeson, Ivan Rebroff and lnia Te Wiata by the press for his deep and resonant singing and speaking voice. He makes women tremble at the knees with his luscious voice and gorgeous looks.

With an excellent presence and spot-on timing, David works well as a performer and M.C. Recently he was a great success for The Australian Newspaper of the Year Awards.  David can assume a variety of characters using his superb voice to impersonate characters including Frank Sinatra, Elvis Presley, Dean Martin, Darth Vader, Michael Jackson, Humphrey Bogart, Bing Crosby, Sylvester Stallone singing songs ranging from Ol' Man River and Elvis hits to opera.

His talent extends to comedy with such eternal characters as Hey Hey, it's Saturday's, "Whispering Kamahl".  Tim Rice praised David as the world's best interpreter of the role of 'Caiaphas - the High Priest', in his legendary Rock Opera, Jesus Christ Superstar when David toured Australia with John Farnham and Co. in Harry M. Miller's concert production.  John Farnham simply referred to him as “The Voice”.

He was nominated for both a Green Room Award and a Mo Variety Award for best Actor in a musical for his 'all singing, all dancing, Mighty Morphin Power Ranger', interpretation of The Mikado in Simon Gallagher's Australasian Tour.  He also toured with Gallagher's H.M.S. Pinafore and Pirates of Penzance, in which he played the roles of Captain Corcoran and The Police Sergeant to critical acclaim. As a comedy writer, David has written for 'The Comedy Company', Music Theatre, Essgee Melodies, and numerous Theatre Restaurant shows and comedians. 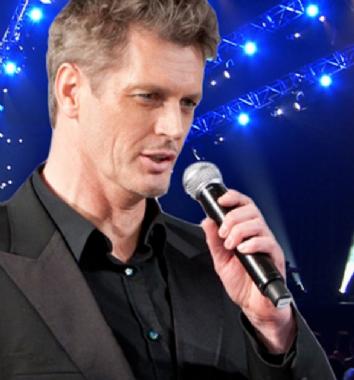