Everybody loves a makeover, and Jason Owen's makeover transformed him from a small town boy into a teen heartthrob overnight on the X-Factor. However, the judges fell in love with Jason Owen's voice long before they fell for his looks. At just 18, Jason has managed to capture the hearts of the audience. Jason's story has managed to impress all. He grew up in Albert, New South Wales and the most interesting thing about his town is its population – a surprising number of 12. In fact, Jason Owen grew up as the only child in Albert. He says that growing up in such a place meant that he had very few activities to occupy himself. This is how music became immensely important in his life.

Jason used to spend all his time absorbed in music, listening to his favorite artists, singing along to their famous tunes. Jason Owen lists Dr. Hook, Smokie, John Denver, Celine Dion, Elton John and Cat Stevens as his musical influences. Like their songs, Jason's music has a softness and tenderness to it that is hard to miss.

Jason Owen entered the show singing John Denver's 'Annie's Song' and has since then shown that his young age is not a hindrance. The judges were impressed week after week, by how much soul he was able to show while singing. This kind of soulful singing is not everyone's cup of tea, and it is difficult for everyone to achieve. However, Jason Owen has shown that he has the heart, and that is what will allow him to the achieve excellence.

It is not only Jason Owen's clothes and hair that underwent a transformation; his entire persona changed tunes. Critics are wondering if Jason Owen does not have the rare acting talent. His performance on the hit single 'Dancing in the Dark' showed him as a completely new man. He embodied a character that personified James Dean in his true element. At the ripe age of 18, Jason should step out of his comfort zone and experiment, venture into different horizons and extend his talent’s limitations.

An amazing singer, Jason has the capacity to become the next big thing. With devilish good looks, and the rare ability to act, X-Factor seems to have struck gold. For a show that claims to hunt talent, X-Factor has done exactly that. The show has been able to unearth talent as raw as Jason Owen's from the little town of Albert. 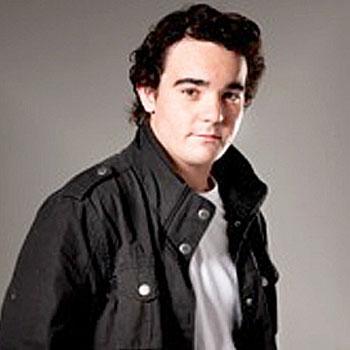