Julian De Vizio Australia, formally from the X Factor Super Group ‘The Collective’. Singer/song writer who performs a range of cover songs. Available as a soloist accompanied by a guitarist or a full piece band.

He entered into the music industry when he featured on ‘X Factor’ 2012 and was selected from hundreds of contestants to become the youngest member of the newly formed band ‘The Collective’. The Collective finished 3rd in the Grand Final. Their song "Surrender" was released digitally the following day and debuted at number six on the ARIA Singles Chart. It was later certified gold by the Australian Recording Industry Association for sales of 35,000 copies. Their self-titled mini album, The Collective, was released on 14 December 2012. The album debuted at number 11 on the ARIA Albums Chart and was certified gold.

They performed on many stages in different states and countries in front of large audiences. Featured on many talk back shows including Nova, Today FM, Sunrise, The Today Show and many more. Also had a guest appearance in Indonesia for RCTI's 24th anniversary television special, X Factor Around the World in 2013.

Now on the road to perform as a solo artist around the country and showcase his talent for all to see.

At a very young age Julian went to a local talent school where he performed in many end of year concerts. He was one of two boys in a class of girls. At the age of 7 he was spotted by a marketing agent and was asked to attend a photo shoot to see how he would perform in front of a camera. From this he was featured in many catalogues wearing the latest kids wear. He was fortunate enough to attend a school that had a very great music program with many opportunities to experience the different sides of music. Julian signed up to sing in the schools choir along with other students. They sang at school functions and also entered into the Catholics School's Music Festival and performed at the Festival Theatre along with other schools. He then decided to try his hand at playing the trumpet. Something different, but jazz was becoming popular and he was excited about doing something unexpected and to expand himself musically. This led him to be one of the main trumpeters at his school and they attended Generation of Jazz in Mt Gambier.

Singing then become Julian's main focus so he started auditioning for school bands where he was successful. They sang to their fellow students, parents and also travelled to Sydney and Darwin. This was an insight into the world that he wanted. He was 16 when he went to the X Factor audition that changed his life. After 3 years of performing with The Collective and his brothers, he knew that music was all he wanted, but wanted a new adventure. Going solo was the next step. Since leaving The Collective he has performed at the biggest RnB nightclub in Adelaide, XL, and various private functions.

Now performing with a guitarist to showcase what he has as an individual. He is currently working on original music, but loves performing covers of the most recent/old hits and making them his own. 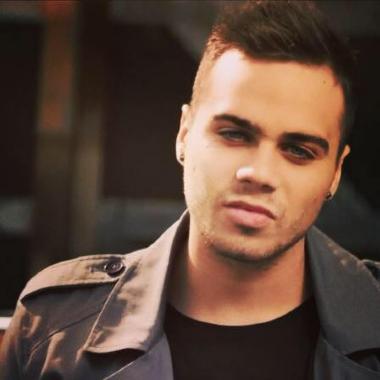