Daryl Braithwaite, and his twin brother Glenn, were born on the 11th January 1949.

Daryl Began his career in music in 1967 with "Bright Lights" whilst doing his apprenticeship as a fitter and turner, which he finished in 1969. Other bands Daryl was in were "House Of Bricks," "Samuel Lillith," then finally "Sherbet" in 1969. Sherbet is a band that will forever remain in the history books of Australian Music due to their phenomenal success.

Between 1971 and 1978, Sherbet released 15 albums and 30 singles, many reaching the National Top 40. Among these singles were "Child's Play," "Slipstream," "Cassandra," "Life," "Summer Love" and of course "Howzat," which not only reached No. 1 in Australia but obtained chart success in England and America.

Daryl also released several solo singles. Among these singles were "Old Sid," "Love Has No Pride" and the No. 1 hit "You're My World."

In early 1973, Daryl took the lead role in the stage production "Tommy."

The T.V. week King Of Pop awards similar to the Australian Music Awards saw Daryl crowned King Of Pop for 1975, 1976 and 1977. Sherbet were named Best Australian Group, an honour bestowed upon them each year from 1973 - 1978.

Sherbet's name was changed to "Highway" in 1979 for the American market. Robert Stigwood Organisation (American Record Company) felt the name Sherbet didn't convey the heavier image that was to be promoted in the states.

In 1979 Sherbet broke up, so daryl with Sherbet's manager, Roger Davies, went over to America where Daryl recorded his solo album titled "Out On The Fringe."

Sherbet re-united in 1980 but as "The Sherbs," hoping to appeal to an audience of their own age. The Sherbs released 3 albums, "I Have The Skill," "Defying Gravity" and the mini E.P. titled "Shaping Up."

Before calling it quits in 1983, mainly due to lack of support by the record company, they did a farewell tour as Sherbet with the final show in Queensland On Great Keppel Island. The whole tour was a great success.

Daryl then moved back to Victoria to set about building his new home in Mt Macedon with his wife, Sarah Taylor.

Building a home and paying off a mortgage used most of Daryl's finances, so he had to find work to support his family, which now included young son Oscar, who was born in May 1986.

Daryl accepted the only job he could find, labouring on the roads for the Bulla Shire council. He worked for them for 8 weeks.

Daryl then met Dale Kruse, an architect by trade as well as a proficient pianist and singer. They formed a duo called "Oscar Likes It" or otherwise known as "O.L.I." They performed at the Lemon Tree Hotel in Carlton on a regular basis.

It was Sarah Taylor who devised a scheme to get outside investment to finance the making of "Edge." This being a necessity as record companies felt he was an unknown quantity, and as he was not a prolific songwriter, they were doubtful about investing in someone they were unsure about. Eventually a record deal with one of Australia's largest record companies "Sony Music" was secured.

Daryl then chose an unknown producer named "Simon Hussey." Some objected to using Hussey as he lacked experience but Daryl insisted as he liked Simon's attitude towards music. 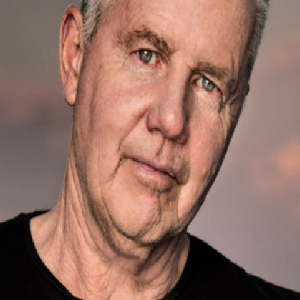