Henry has been playing and performing music for over 20 years. Whether it is in a band, ensemble, choir or as a soloist, he has performed in all environments from cathedrals in London to bars in New York. Henry has been performing at weddings for a number of years now, particularly in Perth and Margaret River including performing at beautiful settings like the Mosmans Restaurant, Caversham House, Lake Cave and Brookland Valley, to name a few. He has performed at countless corporate functions for clients such as RayBan, Bankwest and the WA Farmers Federation, to name a few.

Since finishing school and being awarded the highest performance grade for TEE Music, he completed a Diploma of Music (Performance) and Bachelor of Commerce at the University of Western Australia.

Aside from performing at weddings and functions, Henry is also the lead singer of prominent surf-rock band, Stillwater Giants. The group has toured nationally and internationally, supported acts like Birds Of Tokyo, The Rubens and Sticky Fingers (to name a few) and have featured at numerous music festivals such as Southbound, Future Music, St Kilda Festival and CMJ Music Marathon. After originally being Unearthed by Triple J to play the Groovin' the Moo festival and being selected as a Triple J Unearthed Next Crop Artist, the band has also had national and international airplay success with radio stations such as Triple J and numerous international radio broadcasters. The group was also nominated for a WAMI Award in 2013 (Best Single Release).

Henry has also recently embarked on a new solo project under the moniker of ‘Duncan Saige’. The first single, ‘I Notice You’, was released in May 2017 and has been well received via Triple J airplay and a WA Tour. Henry mainly performs as acoustic guitar/voice comprising of contemporary and classic pop/rock songs.

“Henry came and played at our reception and I could not be happier! He learnt one of our fav songs for us and did an awesome job of entertaining everyone. Absolutely perfect, a true professional. Henry met with us months before our wedding and put us at ease and did an amazing job on the night. Would love to hear you play again on a less hectic night! Thanks again Henry!!!!”– Sandy F

“Henry was excellent. He was able to learn all the songs we asked him to and created a wonderful ambience at our reception. He was professional and made everything easy for us on the day”– Kaye M

“Excellent Performer, very reliable, great communication and nothing is too much trouble for Henry. Would definitely recommend him and hire again.” – Emma B

“After seeing Henry play at a friend’s wedding a year ago, we asked him to play at our wedding down south last month, and we absolutely loved him! He made our special day so intimate with our favourite songs that he learned especially for us. I will always remember walking down the aisle and the magical feel that Henry’s voice added to that walk … plus the music he played throughout the ceremony. I would highly recommend Henry to anyone!” – Sharna K

“Henry performed an acoustic set for our engagement party over the weekend and it was absolutely awesome! Such a great voice and a really good variety of music that was perfect for the occasion. Even performed special requests that I asked prior. Would recommend to anyone!” – Brad S

“Henry played at our wedding reception at The Jarrahdale Tavern on Saturday 10th October 2015. Everyone who attended the reception commented on how amazing he was. He was the perfect accompaniment to our low key celebration. My new husband and I are absolutely over the moon with Henry’s performance . Thank you , thank you, thank you . I would recommend him to EVERYONE.” – Kelly C

“Henry recently played at our wedding at The Old Swan Brewery! He was amazing. Sung some amazing acoustic songs including our first dance song! Then turned up the atmosphere when he went into DJ mode! Highly recommend Henry to anyone who is looking for a singer/DJ.” – Matty F

“We had Henry at our engagement! So many guests commented on how much they enjoyed it! Really set the mood for a great night! Thanks very much  “ – Bernadette B

“Went to an awesome engagement party with fantastic music. Would definitely recommend Sitsio Music for any function:)” – Tracey B

“Henry is an exceptional performer. The combination of his amazing voice and musical skills, presentation and personality make Henry a stand out musician. I’ve been at over 10 events ranging from weddings, to parties, concerts, festivals and even DJ gigs and each one has been excellent. His experience make Henry create a point of difference as he is so adaptable to play to any size crowd of any ages. I would most certainly recommend Henry to anyone looking for a talented, personable musician to play at their event.” – Moira O 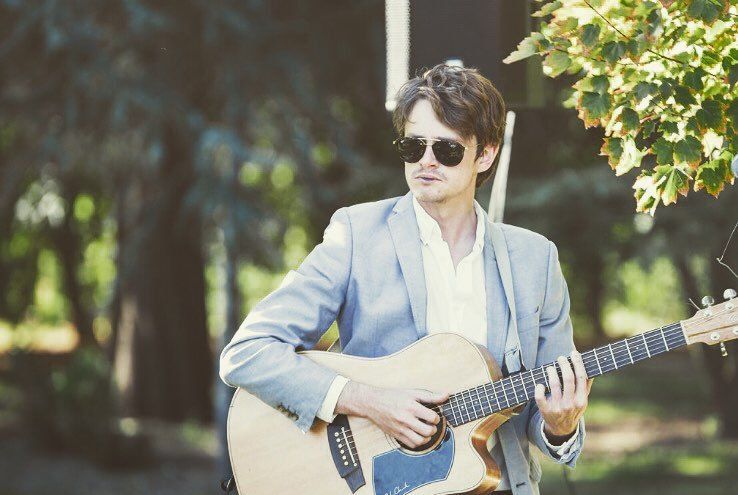