John Cleave is a Brisbane based Vocalist / Guitarist specialising in easy listening hits from the 50's through to todays music. With an extensive repertoire that boasts loads of favourites from the Country Rock/Pop/Rock & Roll genres and accompanied by acoustic guitar and quality backing tracks, John has a musical product that is ideal for pub and club functions, weddings and private parties. With a broad repertoire, the music can be tailored to suit the mood and musical taste of the guests.

Crowd pleasing hits include easy listening classics made famous by artists from way back such as The Eagles, Elvis Presley, Buddy Holley, Johnny Cash and more through to the hits of the 90's and beyond.  Enjoy the easy-listening favourites while you enjoy drinks and conversation then dance to more up-tempo music as the function progresses.

Featuring John Cleave (vocals and guitar), this musician is veteran of the Brisbane music scene with a musical career that commenced in the 70's in a band in Longreach, western Queensland.  John has had a long career working in larger Brisbane bands playing for weddings private functions, pubs and clubs in and around Brisbane until the late 80's, most notably as lead guitar, lead and backing vocalist in the popular "Ventura" 5 piece band and then the very successful "Rare Vintage" 3 and 4 piece band which was in demand for pubs and club gigs, weddings and dinner dances in the 80's. Rare Vintage was touted by some entertainment agents as being the best wedding band in Brisbane at the time.

In the mid 80's, Rare Vintage (by then a 3 piece band) was merged to form a 5 piece country band,  Joan Ridgewell and Cool Water, bringing a strong backing vocal and instrumental lineup to Joan’s impressive vocals. This band competed in and received nomination for the Queensland Country Music awards in that year but were not successful in winning. Rare Vintage continued to gig as a 3 piece band when not required for functions with the country group.

Following a 10 year+ break from the industry in the 90's, John formed the Cool Cargo duo, an all electric guitar band with a country rock style and then several years later re-formed as the Cool Revival duo with keyboard and a more easy listening style.  In 2012, with the retirement of the keyboard player, the decision was made to go solo with acoustic guitar retaining the influences of both previous bands.  These days it is more about playing for the enjoyment rather than income so quotes for functions are very competitive.

If you're after an experienced act that will turn any night of entertainment into a party and won't break the budget - then this musician may be just what you're looking for, the best music played at the right volume for the most competitive price.

The song list contains music from several music genres and does not represent a set of music that will be played at any particular function. The song list caters for several different types of function such as pub, club, wedding and private patrties.

A dinner music set for a wedding will be vastly different to a late night set at a lively pub gig. The set list for a particular function will be a collection of songs that are appropriate for the type of function.

There are over 130 songs available and a 4 hour gig will use about 60 tunes. 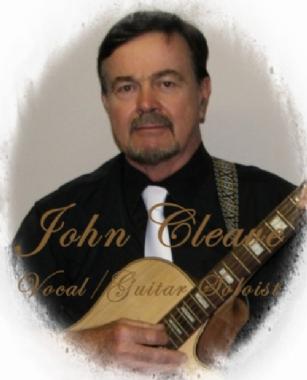