Rory McVie (alias Nigel Mulvey) has a wealth of experience in the music industry both locally and in Europe. Now he presents the culmination of this experience in what is destined to become one of the East Coast's most entertaining solo acts.

Using the very latest in music and lighting technology, Rory presents the best of music from the 1950's to today. With an ever increasing song list Rory is well able to provide ambient 'easy listening' background music to full on party rock and everything in between.. Notwithstanding the piano lessons he was forced into when he was eight years old and which lasted about three weeks, Rory started his music career in the late 1970's as a bass player in bands representing a diverse range of musical styles.

He was contracted to Arista records in the early eighties and has appeared on several albums and singles which enjoyed moderate success around Europe. Prior to migrating to Australia he toured Europe extensively and shared the stage with bands such as The Specials, The Selecter, The Thompson Twins, Motorhead, Gonzales and U2. Rory, who is a talented multi-instrumentalist has long held an ambition to present a solo act with a difference and is committed to continually investing in the latest in show technology.

"Music plays such a major part in everyone's life. When a familiar song comes on the radio we associate it with things that happened to us. I want people to enjoy an entertainment experience and hopefully with the music I play I will stir up happy memories. It's not about me, it's about my audience having a great time." 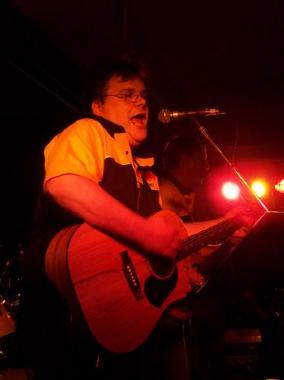