There are few bands on the planet that define the sounds of summer, sun and fun more than the Beach Boys. Their iconic harmonies and unique vocal sound made them instantly recognisable, and their unstoppable flow of hit songs shot them to stardom all over the globe! Also Frankie Valli & his band the 4 Seasons were spaning the globe with an iconic resinating

But not only do they bring the Beach Boy’s music to life, these 3 distinguished gentleman will bring out their alter ego’s to WOW the crowd with their fantastic tributes to 3 of the most revered stars ever to grace us with their music.

The Band will give the audience a show and a sound that will have them wanting more after Leslie Stuart delivers a flawless tribute to Frankie Valli.

With so many great vocalists in one group, it would take a powerhouse of great singers and performers to do this tribute show justice - and they do just that!

With 3 of the best vocalists in Victoria, this show takes it to the next level. With rich and booming tones this show will warm up even the coldest of nights and will have the crowd singing and dancing until the very last note!

You’ll be hard pressed to find better value than this exceptional 3 in 1 show.

American Made performed their show here on 27th October, and what an amazing show it was! Their performance was fantastic on every level by the way they involved the audience into the show with the hula dancing and other interactions, it was loads of fun! The audience participated with singing and dancing throughout the show and the musicianship was beyond professional! With the feedback I received from guests that attended the event I would thoroughly recommend this show to any venue.   Regards    Cameron Gallagher 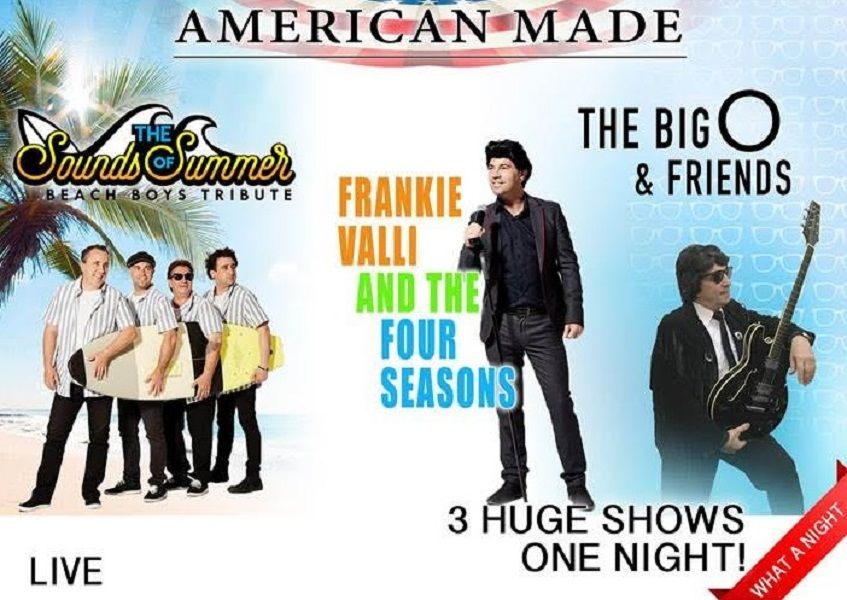