GUNS N' ROSES!!! Paying Tribute to the Most Dangerous Band in History... The Australian GNR Show is ready to get in the ring and give you a night of Heart Stopping Rock, fuled by Adrenalin and Attitude. Our Setlist Draws from albums Appetite for Destruction through Use Your Illusion 1 and 2, including The Lies Album. Our Onstage performance is more than just playing a few gunners songs... these guys never stood still... so neither do we! For the most authentic Guns n Roses Gig you'll likely ever see, check out our Gig Dates. 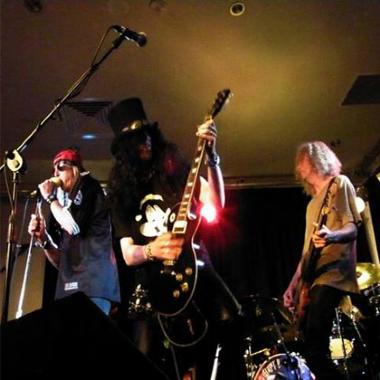