They have both produced countless hits throughout three decades and are still producing hits today. This band has been formed to provide you with a power packed rock show of two brilliant song writing musicians. Look no further than BRYAN JOVI.

Get a dose of Bad Medicine & you’ll be Heaven!

If you love Bryan Adams & Bon-Jovi,

Then this is a must see show...

Mark Henderson: Lead Vocals & Guitar, Mark has a very unique voice, Mark sounds & looks like the real deal, his performance on stage is so intense you will think he was Bryan Adams & Bon-Jovi

Ray Manitta: Keyboards & Backing Vocals Ray is a young talented musician with a history of great originals, Ray has also been involved in session work for other bands. 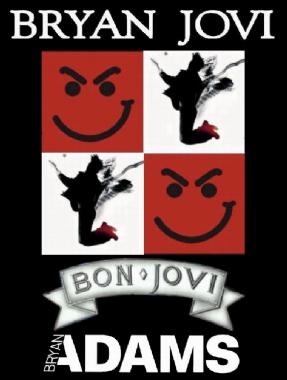