Creedence: The John Fogerty Show pays tribute to the classic and timeless rock music of brilliant songwriter, guitarist and singer, John Fogerty - legendary frontman of Creedence Clearwater Revival. Experience Australia’s most popular and accurate show, which has played capacity and SOLD OUT rooms across the country.

This show is a rock ‘n roll journey through the swamps and bayous of America’s South in the late 60’s early 70’s. Audience’s rock to Fogarty’s/CCR’s music – some of the most important and influential soundtracks of all time! Complete with costumes and concert quality sound and lighting, Creedence: The John Fogerty Show delivers an exciting and high-energy production of hits that has crowds filling the dance floor.

All of the greatest hits of both CCR and Fogerty’s solo career are performed including favourites like: Bad Moon Rising, Fortunate Son, Green River, Proud Mary, Suzie Q, Run Through The Jungle, Born on the Bayou, The Old Man Down The Road and many more.

Join Creedence: The John Fogerty Show for a fun-filled ride back in time and experience classic rock ‘n roll at its best! 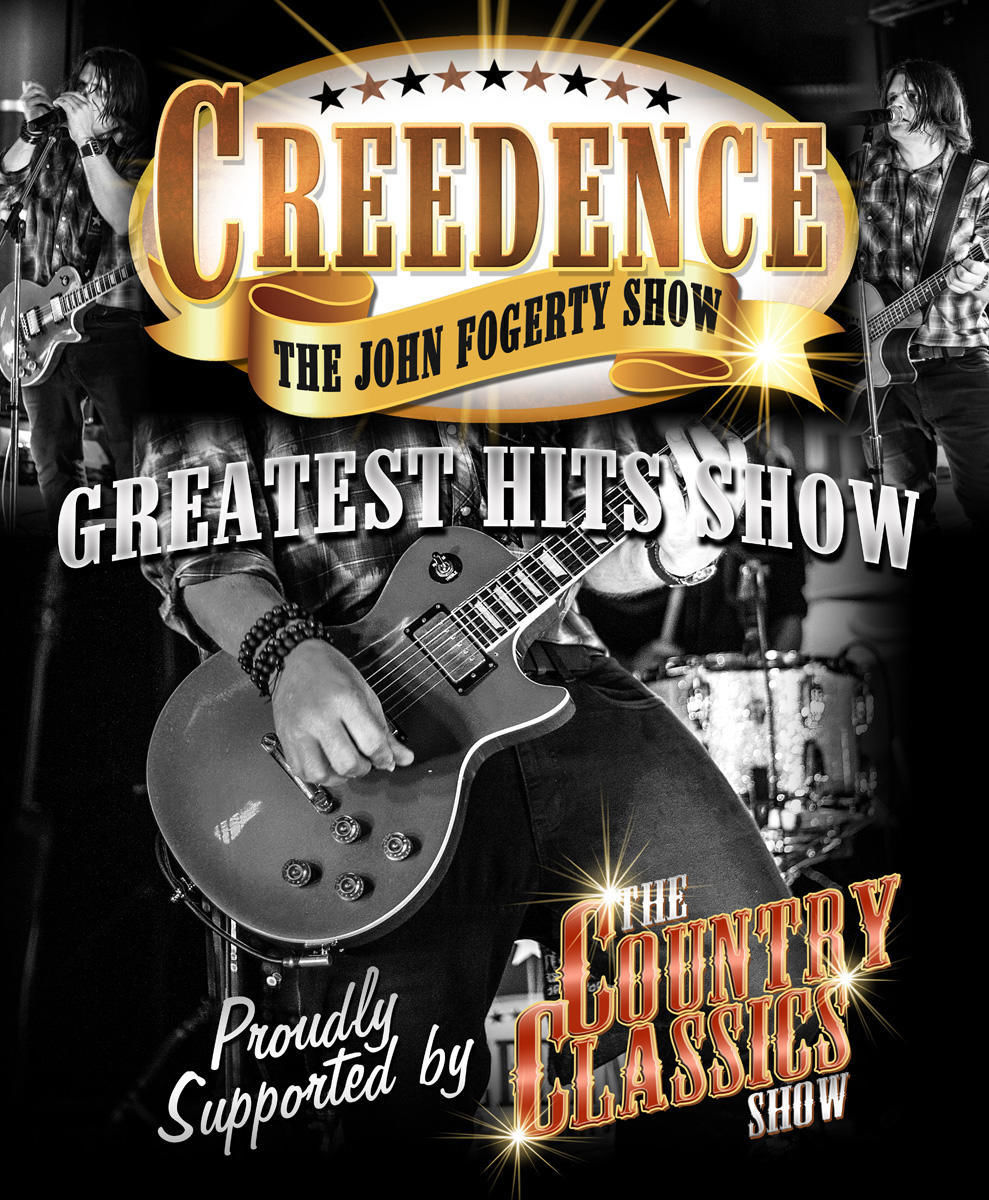