These shows have travelled all over Australia.

Airfares (or travel costs/ per kilometer) accommodation, meals and gorund transfers will be discussed (if necessary) with each individual client / venue.

In 1963 “The Beach Boys” released "Surfers Rule", a tongue-in-cheek dig at their East Coast rivals, “Frankie Valli & The 4 Seasons". ("Four Seasons, you better believe it!" they chanted, while Brian Wilson mimicked Valli's wailing falsetto from "Walk Like A Man") “The 4 Seasons” then responded in kind with "No Surfin' Today" a not-so-subtle dig at The Beach Boys! From then on, it was ON! A fierce rivalry grew between the East & West Coast factions fuelling each group to come up with better and better material, and WE (the world's music lovers) are the ones that benefited! Over the ensuing decades, the music from these two great vocal groups became legend. With the enormous success of the Broadway smash "The Jersey Boys" and the box-office hit movie that followed, interest in Frankie Valli & The 4 Seasons has never been higher. The Beach Boys are set to emulate that heightened popularity with the upcoming release of a movie blockbuster, "Love And Mercy". Now, you can decide for yourselves: who is the best vocal group of all time? "The Australian Tribute To Frankie Valli & The 4 Seasons" and "The Beach Boys Tribute Show" go head-to-head in one HUGE SHOW! One full night jam-packed with classic hits! From "Surfin' USA" to "Walk Like A Man". From "Good Vibrations" to "Can't Take My Eyes Off You". This show ROCKS!! Don't miss out! Book now!!

These two shows have performed extensively all over Australia.

Each performance has differed in it's own way. We are able to use our own production team with state-of-the-art PA and lighting. We have also utilised in-house systems at various venues.

Each show is assessed on an individual basis.

If using in-house systems, we will provide a stage-plan and a list of our audio requirements.

A meal is usually provided at shows for performers and crew, at least an hour before the performance would be appreciated if possible. 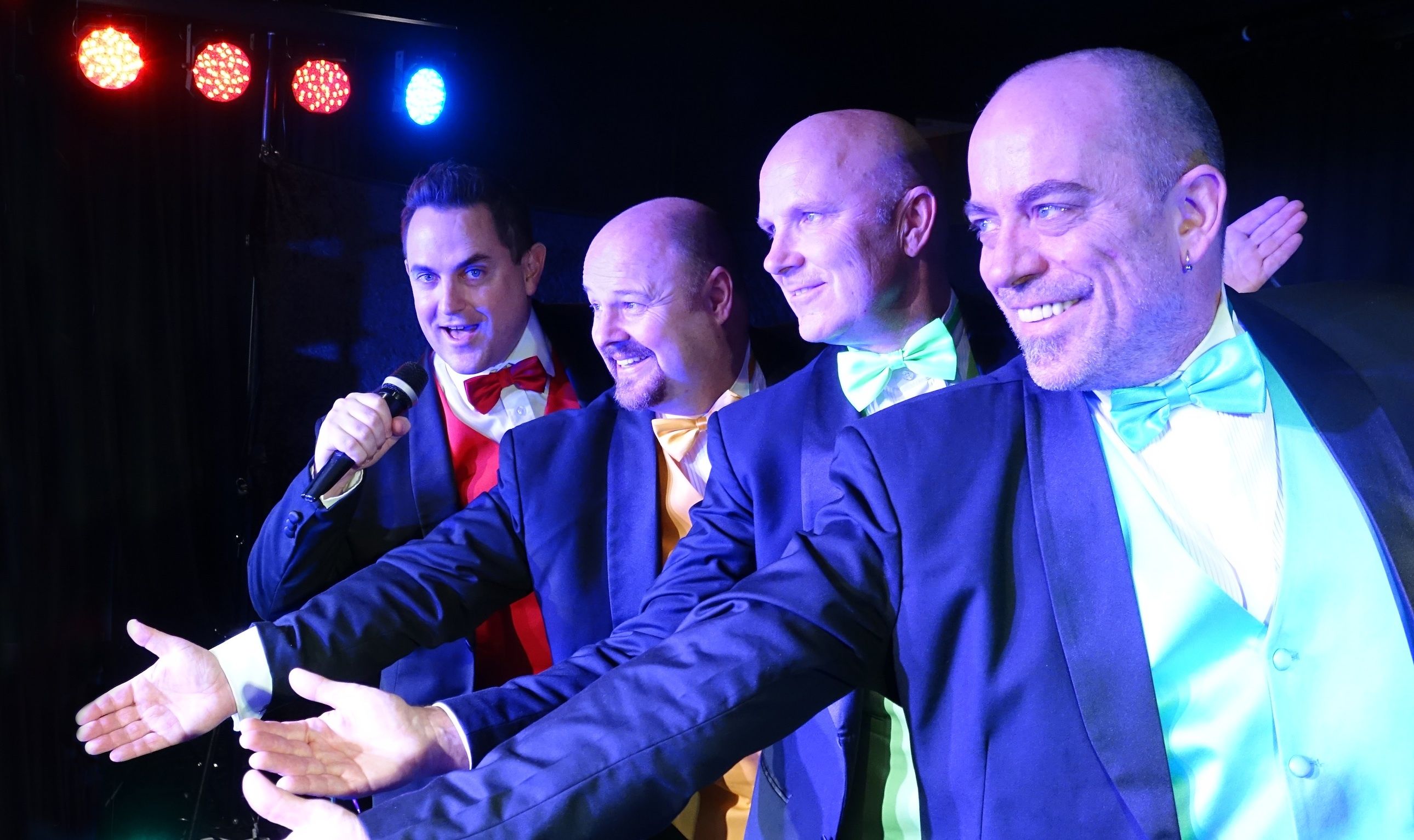