Often referred to by his initials "J.O.K." or by his nickname "The Wild One", O'Keefe was the first Australian rock 'n' roll performer to tour the United States, and the first Australian artist to make the local Top 40 charts and he had twenty-nine Top 40 hits in Australia between 1959 and 1974.

Johnny O’Keefe was without a doubt, Australia’s greatest showman and definitely earned the title, Australia’s King Of Rock`n`Roll.

In August 1974 Johnny O'Keefe put together a package tour called "The Good Old Days of Rock'n'Roll" which featured many of his old friends.  It premiered at St George Leagues Club in Sydney and continued successfully for the next four years. During these shows, Johnny performed all the hit songs that made me famous, and was again in constant demand.

At The Hop has brought the Johnny O’Keefe Show back !!!  The Johnny O’Keefe Tribute Show brings back the magic days of early Aussie Rock`n`Roll in a big way with all of Johnny’s songs you will know and love.The Johnny O’Keefe Show brings back the days of the Sydney Stadium, Six O’Clock Rock and Sing Sing Sing. You won’t be able to take your eyes of “Johnny” as he races around the stage and into the audience, belting out the best Rock`n`Roll music known to man. There are also a few surprises in there too! You will sing, you will dance, and you will laugh until you cry, at this participation packed party. 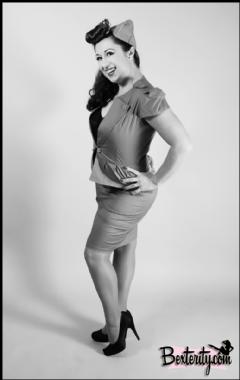