In this the 50th Year of the greatest rock n roll band on the planet some of Queensland's finest musicians have joined forces to produce a spectacle like no other. LICKS - the Rolling Stones Show has all the flamboyance of the real band, with attention to detail being the key to this fantastic production.

This is not a tribute band. This a 2 hour show from an 8 piece band with flawless renditions of hits such as Start me Up, Jumpin Jack Flash, Honky Tonk Women and Brown Sugar. LICKS - The Rolling Stone Show is a 2 hour show which will leave you Satisfied!!!!

At the tender age of 11, Anthony saw the Rolling Stones performing Start Me Up on TV, and it sparked a lifelong obsession. He immediately tossed out his Adam and the Ants records, and replaced them with the Stones’ entire output.

Anthony has mastered Mick Jagger’s moves, mannerisms and boundless energy. Every snarl and leer, every twitch and tic. With the Stones’ repertoire seared on his DNA, he is the ultimate frontman for the ultimate Rolling Stones show.

Wesand his band "the Rhythm Section" can been seen this year IN CONCERT in and around South East Queensland.Wes is a regular performer at Warner Brothers Movie World in special events and was a member of the very successful group “Blackwood” which toured Germany on October 2007 for the Qld Ballet’s performance Cloudland.

One ofWes' ambitions is to one day soon perform his original repertoire to international audiences fronting a symphony orchestra with his band, The Rhythm Section. In the tradition of Jose Feliciano, Al Di Meola and other notable guitarist/composers,Wes brings to the stage his pure joy of performing. Couple this with his own vibrant compositions - brilliantly constructed backingtracks

A musical experience that leaves you Breathless.

Having played guitar in various cover and original bands over the last 30 years Wayne is an experienced guitarist with a wide variety of musical influences. However as a young boy the infectious bluesy riffs of The Rolling Stones had him begging his father to buy a cheap acoustic guitar and before long he was bashing out "Satisfaction ".

For the next several years the Rolling Stones guitar style was a major influence in his pop/rock musical development which has stayed with him to this day. Wayne enjoys nothing more than plugging in a vintage 70's Stratocaster and cranking out some authentic renditions of Rolling Stones classics with this very talented " Licks Stones Show"

Gary Broadhurst started his musical career early in his teens, having played guitar first, and then bass . South American Latin music was played at home and has had an obvious influence . Notable experience included 4 to 5 years studio engineering and bass sessions at Sunshine studios and Suite 16 studios as  well as JumBuck Channel 7 Studios .

Playing live at  the Brisbane theatrical showing of  the Rocky Horror Picture Show at the Rialto West End  was valuable experience ,and then the Carol Lloyd Band - this band toured nationally, had two number one singles locally , album released in France and Sweden and played on the same billing as Little River Band, The Kevin Borich Express ,The Angels, and Renee Geyer

Working in popular Bris soul band  Big City , and then with guitarist  Ewan Mackenzie, and blues legend Wylie Reed , a change in direction then provided an African and Latin experience in world music band Makonda With the ongoing Blues Brothers show “The Fabulous Blues Boys”, he has performed across the country and overseas .

Darren is a full time professional musician. He has worked with the likes of Dave Gleeson from the Screaming Jets and the Suzi Quatro Tribute Band. Darren plays drums, guitar, bass, keyboards and sings.

He has produced two independent albums of hard edged blues music which received airplay in New Zealand, Canada, South America and Australia. He has also been on Rage and Triple J.

Having a passion for blues and rock, this show has been a long-time dream of his and he is proud to work with the outstanding musicians in this show.

Experienced in many areas of contemporary music including three years on the road in the 70’s with the Brazilian Spectacular show “Brazil Tropicale”. Ric has performed with many jazz greats including Red Rodney, Nat Adderley, Georgie Fame, Ray Anderson, Billy Bang, Norma Winstone and the George Gruntz Concert Jazz Band also with blues legends Jimmy Witherspoon, Elvin Bishop, “Gatemouth” Brown, Albert Collins and Charlie Musselwhite and rock legends Mick Taylor and Terry Reid and the World Music Afro-Reggae band “Nogabe” and P.N.G.’s legendary “Sanguma” band. Ric has performed at many International Festivals and recorded with Jimmy Witherspoon, Eddie Gomez, Eugene Pao, Kenny Wheeler, Irene Reid and Jon Hendricks. He has composed, arranged and performed on numerous recordings as a leader, session musician and producer Works regularly and toured Australia and South Africa/Botswana with the Rebecca O’Connor - Simply the Best as Tina Turner Show on keyboards and featured saxophonist. Ric’s trio “The Vitals” with Mark Williams (Guitar, Bass) and Tunji Beier (Indian Percussion) explored various genres of music in a unique and highly creative way.As a musician always strive to create something uniquely you - otherwise what’s the point? - be your own worst critic and remember there will always be someone ‘better’ than you

An inspirational arist, born in Barbados, raised in Canada, now located in Australia. If you like Adele, Tina or Amy, you will love Sharon! Sharon Brooks has wowed audiences worldwide with her charisma, on stage personality & vocal presence; Oh and don’t forget the legs!

Sharonhas also performed as a back vocalist for European sensation and UMA Winner Omar, and Grammy nominated pop superstars Martha Wash, Deborah Cox and Jonas. Her track Outside & Inside produced by G&F Productions, was recently picked up for the My Jazzy Soul compilation released in the US. She was also added to the Press Play and Walk Away Compilation where her track Secrets is becoming increasingly popular on Southern US stations. Her voice can also be found on the Silent Men and My First Wedding movie Soundtracks.

You can find her music anywhere online, including, Itunes, Facebook, Myspace, Reverbnation, CdBaby and a host of other music providers as well as videos on youtube.com. back vocals for Deborah Cox, Jonas, Omar and Martha Wash, and continues to be a fast growing underground name Worldwide.

She began at 16 working as a back vocalist with the popular Caribbean band Spice & Company. After touring with them for nine months, Sharon Brooks completed a degree in Mass Communications and went on to tour with John King & Jegna. With this group she gained the experiences of working with acts like Beres Hammond, Machael Montano, The Mighty Sparrow and more. Sharon joined her designer Wayne Smith to win The National Ambassador titles in 1995, and then went on to represent her country as Miss Barbados in the 1995 Miss Carival Competition in St. Vincent.

In 98, “Brooksie” as she is affectionately known, moved to Toronto, & promptly began work as a lead vocalist with “Collective Selective” a Jazz, group led by Henry Heillig. She also began work as a session singer, recording commercials and vocals for other artists. This led to her fronting an R&B cover band “Motor City” which eventually took her to living and working in Beijing. Her life in China inspired her first album “A Taste of Life”.

Sharon Brooks since moved to Montreal and embedded herself within the industry, becoming one of Montreal's most sought after vocalists, performers and writers. Her endeavours led her to DNA Productions in Montreal, where she began co-writing her second album with producer David A Sturton. Together the two completed her sophomore EP “Defining Me”, which also includes collaborations with James DeSalvio of Bran Van 3000, Liquid also of Bran Van, Ghislain Brind'Amour(Planet Studios, Montreal), Jude Prophet & Patrice Agboutu (All Good Music & The Islands), and french sensation, Jean Leloup(LeClerc).

Her motto, more done in meticulous mass, is exemplified as Sharon’s addition to the line up of Canadian Multi-Musician performing group KALMUNITY Vibes Collective. In the summer of ‘05, Sharon’s gospel track "Follow You" from her first album was selected for the Montreal Mass Choir's debut DVD recording. She also had the honour of performing with the choir at The Metropolis, one of Montreal's largest and most well known venues. Her fierce on stage persona, has led to her performing a hosts of festivals including Barbados On The Water Festival in Toronto, Musique Du Monde Festival, Montreal, The Funk N Soul Festival, Montreal, Tremblant Music Festival, Maximum Blues Festival and Diverscite, Montreal performing alongside Crystal Waters, and Francofolies Festival with Le Confrerie. In fall of 2008, the dedicated musician also wrote and produced a track featuring 30 of Montreal’s top artists and musicians. The project called “Shine” is dedicated to providing music targeted to aim funds for worthy causes.

As mentioned before, Sharon has also performed as a back vocalist for European sensation and UMA Winner Omar, and Grammy nominated pop superstars Martha Wash, Deborah Cox and Jonas. Her track Outside & Inside produced by G&F Productions, was recently picked up for the My Jazzy Soul compilation released in the US. She was also added to the Press Play and Walk Away Compilation where her track Secrets is becoming increasingly popular on Southern US stations. Her voice can also be found on the Silent Men and My First Wedding movie Soundtracks.

Sharonrecently wrapped up a tour of Morocco, and a small radio tour of Barbados and Australia, and is currently embarking on a tour of Australia. She is also completing recording of her third album, Black Rock. The release is a distinctive step away from the softer side of Sharon, and already the more rock/funk attitude of this powerhouse artist is beginning to win over new fans worldwide.

You can find her music anywhere online, including, Itunes, Facebook, Myspace, Reverbnation, CdBaby and a host of other music providers as well as videos on youtube.com.

Connie is a Brisbane based performer singer song writer who over the past 10 years has worked with a number of diverse groups. Her performances have covered a range of musical styles including soul, folk, classic rock and original compositions.

Connie Plesko is a soulful singer and song writer who has worked across a broad genre of music styles. Starting out in a gospel choir back in 2001, she has since performed with a number of covers bands across the south east corner. She proudly founded and played guitar and vocals with the humble Brisbane originals trio Marmalady.

Connie has been described as having an amazing blues voice channelling the greats such as Etta James and Katie Webster. Connie also plays guitar and percussion.

Her energy is infectious to audience members as she generously gives herself through her music. 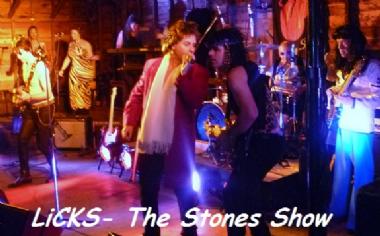