'Celebrating the massive talents of legends ‘Prince’ and ‘Michael Jackson’ in one fantastic show, Luscious captures the essence and energy of the true princes of pop!
Available solo, with dancers, chilled 3 piece with loops or full blown funk/rock band, this is one show you won’t want to miss!'
If you live in Perth, keep your eyes open for 'Luscious.'

Born in Perth, Western Australia, Luscious took to music at a very early age grabbing anything he could find that would make a sound. Influenced by artists such as Michael Jackson, Prince and Culture Club, Luscious found singing and dancing came very naturally and begun expressing his own inimitable style. Showing little interest in school, it was clear that ‘professional performer’ was his only path and began developing his art. As his talent progressed, he began writing his own music and seeking out collaborations with top Perth producers. Taking to the Perth music scene with his new material, Luscious began thriving in this new environment receiving a great response from his audiences. Even though Luscious is new to the scene, he has created a fresh and exciting new sound, developed a flamboyant stage presence and outrageous dance moves you should not miss! 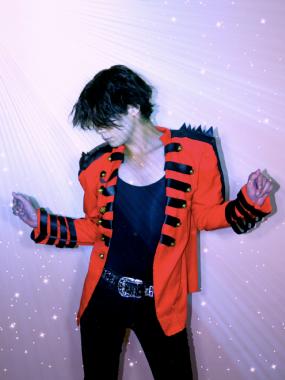