Message in a Bottle

Message in a Bottle - Australia's Tribute to Sting and the Police

Featuring the soaring vocals of Bernie Segedin, each song recreated like the original to display the same sound world that makes this artistes music so distinct, that feel of the great jazz musicians hired into Stings band at different times. Some of the Sting arrangements are replicated from later recordings, his re-workings on later albums. This show begins with material by the Police before being joined by extra musicians, not entirely chronological though as certain songs are saved for the finale. The repertoire for the show follows although the final order is not confirmed. Police Message in A Bottle Walking on the Moon Don’t Stand So Close to Me Can’t Stand Losing You Roxanne Every Little Thing She does is Magic Sting A Thousand years Brand new day Its Probably Me When we dance If You Love Somebody Fields of Gold All this time Englishman In New York Mad about you They Dance Alone If I Ever Lose my faith Fortress around your Heart Fragile Moon over Bourbon Street Every Breath You Take A The orchestration is also modest, a six piece band (rhythm, sax and extra keyboard) with the vocalist. ss The highest quality musicians to perform can offer not only a new exciting option to the market but also one that borders on the artistic where the music alone blows people way before the high energy musician add the extra touch. 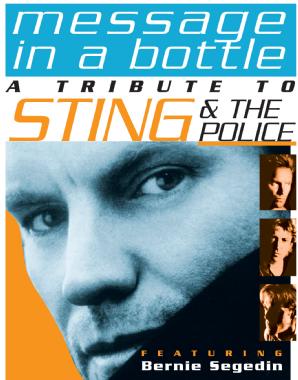