SOS - A Tribute To Songs Of Abba

“We are SOS and welcome to our celebration of the greatest music ever created!”

SOS is a high energy ABBA show.  Performing greatest hits from the Swedish super-group mixed with a selection of the hottest disco tracks from the 70’s, SOS creates a show that takes audiences on a wild ride back to the party decade where ABBA ruled the dance floor!

Armed with fantastic costumes, incredible vocal talents, animated ABBA dance moves and crazy Swedish accents, SOS create a show that is both exciting to watch and even more exciting to be part of.

For years the members of SOS have been leading a double life. By day mild mannered musicians by night crazy ABBA fans, With a healthy love of all things Swedish and an obsession with 70’s disco music, they banded together to obsessively re-create the sound, music and look of the Swedish pop sensation ABBA. Walking out on stage, they leave behind their every-day lives and transform into the rock superstars - Bjorn, Benny, Agnetha and Freda.

We had the SOS ABBA Tribute show at the Cranbourne R.S.L. on the 21st of January.

It was fantastic, the show was great and all of our members and quests enjoyed the 2 course dinner and show.

Many of our customers wanted to know if we could get them back again.

From the costume changes to the songs it brought back many memories to everyone.

We were lucky enough to have a few fans in the audience that dressed up in ABBA costumes also.

It was a great night for staff also and we would recommend this show to anyone.

I had the pleasure of taking the SOS Abba Tribute Show to perform at the Royal Papua Yacht Club in Port Moresby PNG.

The performers were highly professional at all times and very easy to work with.

They performed to a large crowd and had them dancing all night.  SOS did a fantastic job of keeping the audience entertained by encouraging

everyone to sing along and made them feel like they were back in the disco era.

The sound was second to none and the light show was fantastic.

The demand for an Encore was deafening and the SOS Tribute Show did not let the audience down.

Hit after hit was played to perfection by these talented artists and I look forward to having  them return .

Thank you SOS, a tribute to ABBA for making our tribute night at the Ballarat Trotting Club so fantastic.

The music was awesome and there was not one song that people didn’t know. You got people out of their seats moving on the dance floor.

The feedback we have received from numerous people telling us how much fun they had and that they loved the music.

Thanks again to SOS, we wish you never-ending success and would highly recommend this band to everyone 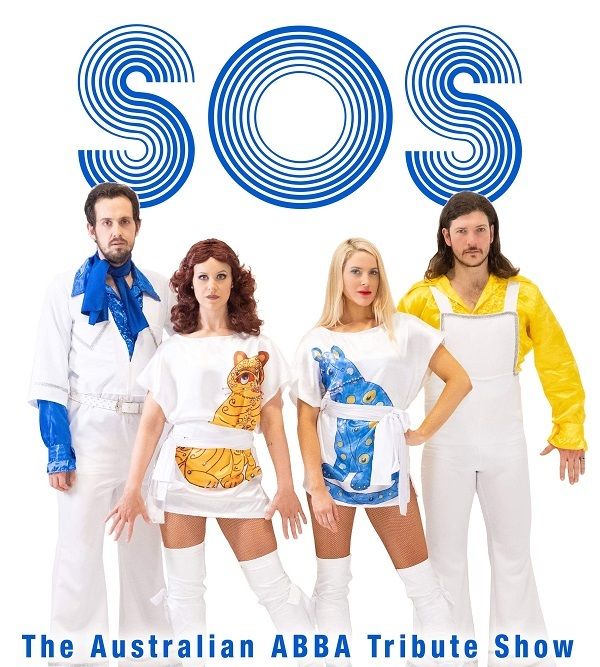