Linda, Annemarie & Yvette pay tribute to the Andrews sisters.
Make this superb vocal group part of your next function/conference, add an extra professional touch. Audiences will be transported back in time to the unique era of wartime romance during a 2 hour show and the guest’s can have photo’s taken with the girls as they mingle among the tables after the show.

In 1995 Linda was asked to be part of a show to pay tribute to The Andrews Sisters for a Conference in Darwin. While we had heard of those famous songs such as "Boogie Woogie Bugle Boy" " Don't sit under the apple tree" "In the mood" "Apple blossom time" etc.. it wasn't until rehearsal for the show that they fully appreciated the intricate harmonies of the Andrews Sisters.

From that first conference in Darwin, the troupe have travelled to several parts of Australia entertaining, moving to Brisbane in 2000, they continued to perform many shows at some of the biggest venues in South East Queensland, including Anzac day, Remembrance commemorations, Australia day performances and many conferences, The Tribute Show also travelled to Sydney on several occasions.

In 2005, Linda moved back to Darwin and teamed up with two new members to continue the Tribute act, they continue to entertain audiences in and around Darwin, some of the shows include, Anzac day, Bombing of Darwin, Australia day and various conferences, some of which are held at the very popular, Aviation Heritage Centre.
One of the highlights for the troupe was being personally invited by Lindsay Fox to perform at his Essendon hanger to celebrate his 70th birthday, along with the Melbourne Symphony Orchestra and other well known artists.

Some of the Venues/Events The Andrews Sisters Tribute Show have performed;

The girls with their rich, warm vocals will stun you! they continue to captivate Audiences by their portrayal of the original group. Make this superb vocal group part of your next event.

Its always a favourite to look back and remember a fabulous night had by all!

If the event is being held in Darwin, we can do site inspection to determine appropriate area and requirements. 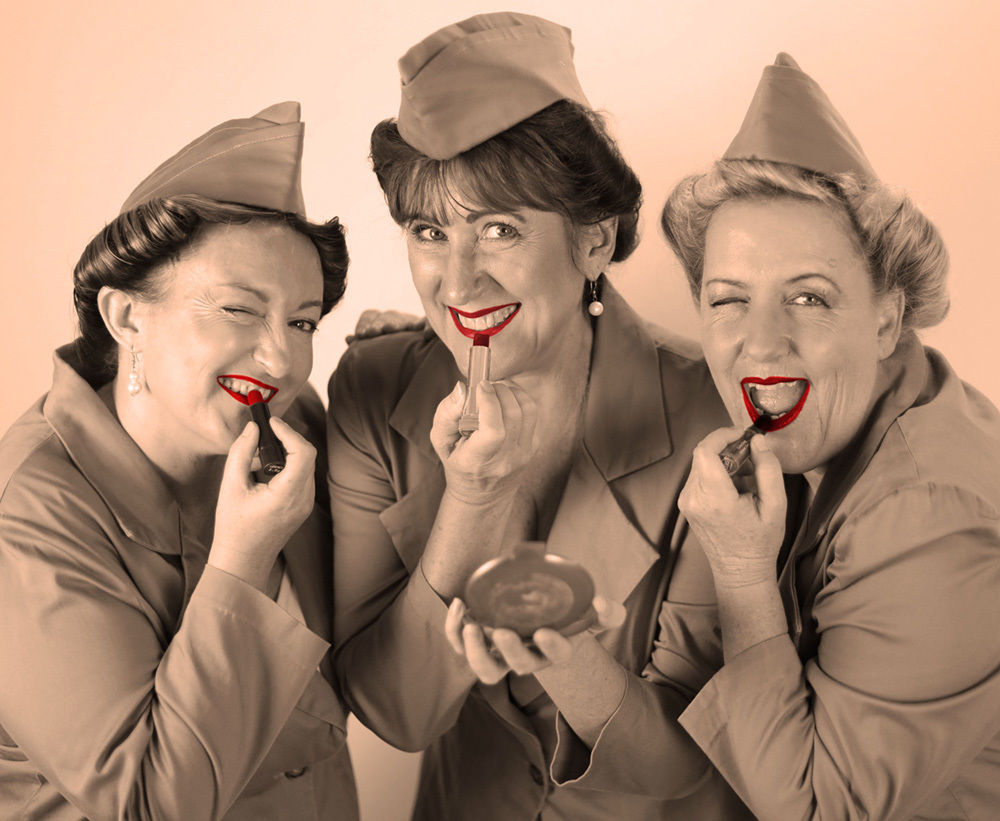