The Beatles and Friends

Nobody can bring back John, George, Paul or Ringo but if you want to experience the next best option, you’ve just found it. This show is to be seen to be believed so fasten your seatbelts for a trip back to Memory Lane to the time when ‘All You Needed Was Love’, so Get Back to were you once belong.

The Beatles and Freinds (Tribute Show) was formed by Neil Rhodes, with the aim to pay a  tribute to the most influential band and other artists of the 20th Century. After a long search finding the right members, James (Ringo) Lyras, Billy (John) Ledingham and Phil (George) Cole joined the band and the musical chemistry which recreated the enegy that was was like listening to the real thing. so here they are……The Beatles and Friends.

The Beatles and Friends members have all played in various Beatles type shows such as Gerry and the Pacemakers (Yes the real one), The Echoes and other Beatles Shows as well as various other cover bands. They only use the real authentic Beatles’ gear, like Vox Amps, Rickenbacker/Gretsch/Epiphone/Gibsons Guitars and of course the Hofner Bass Guitar and Ludwig Drums. The detail is all there.

The Beatles and Friends perform a variety of song titles from all over the Beatles era, from their early Hamburg and Cavern days until their break-up in 1970. They emulate not just the music but also capture each individual personality with a healthy dose of humour and stage presence, wearing the famous suits used throughout the Beatles career. Experience the raw energy of the Beatles. The show includes other artists such as: Orbison, Presley, Richards, The Shadows and The Blues Bros. The show is a must see for every genuine Beatles and 60's fan from 9 – 99 yr olds.

The Beatles and Friends are available for corporate functions, hotels, pubs, clubs Casinos and private functions. The show comes package with full professional sound and lighting production and can be adapted to suit the function’s needs. Be sure to book earlier to avoid disappointment.

Check out our audio files from the Media Gallery. 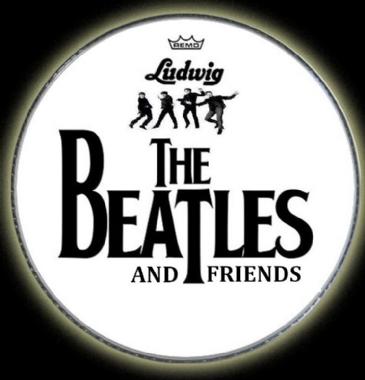