The music of Fleetwood Mac is long etched in history. A band that began its career in the early 60's and still are touring the world today. Australia's Fleetwood Mac Show performing all of their greatest hits including Dreams, Go Your Own Way, The Chain, Seven Wonders, Landslide and many , many more.

We are a 6 piece rock band that delivers outstanding entertainment covering all of the classic ballads, blues and rock songs spanning the Fleetwood Mac discography.

Established by Gary Stewart & Ursula Cain in 2000 our show is by far the best & busiest Fleetwood Mac Tribute show in Australia. Last year we performed over 52 gigs including Penrith Panthers, The Cube Campbelltown, Australia Day celebrations – Blaxland Oval MENAI, Engadine St Festival (Sutherland Shire) and Rooty Hill to name but a few, and for the most part our gigs all sell out. This year we are booked for many of the same plus Twin Towns and Hamilton Island.

The show celebrates the legendary band Fleetwood Mac and we perform all their hits from early music of Peter Green, to 'Rumours', 'Tango in the Night' as well as some of Stevie Nicks solo career. The biggest compliment from recent audience members was that they closed their eyes and thought they were at the real Fleetwood Mac. Ursula Cain's rock voice and Clodagh Reid's jazz vocals have a lovely harmonic blend and are a perfect match for Sieve Nicks & Christine McVie. Ursula is a born performer and embodies the spirit and passion of Stevie Nicks.

The success of the show is a combination of great vocals and well as exceptional musicianship. Our lead guitarist Eddy Santacrue has the skill and talent required to perform Lyndsey Buckingham. Eddy is renowned for his excellent Rock Guitar and is part of rock group Koritni, Our Bass player Bill Kervin has played with some of Australia's best rock groups including Dragon (96 - 98). Our drummer Lloyd G is also known to be one of the best in Australia. The founder of the group Gary Stewart plays acoustic guitar & keyboard, and as a combination we certainly gives justice to the legendary Fleetwood Mac sound.

This Fleetwood Mac Show is the one for your Function, BOOK US TODAY 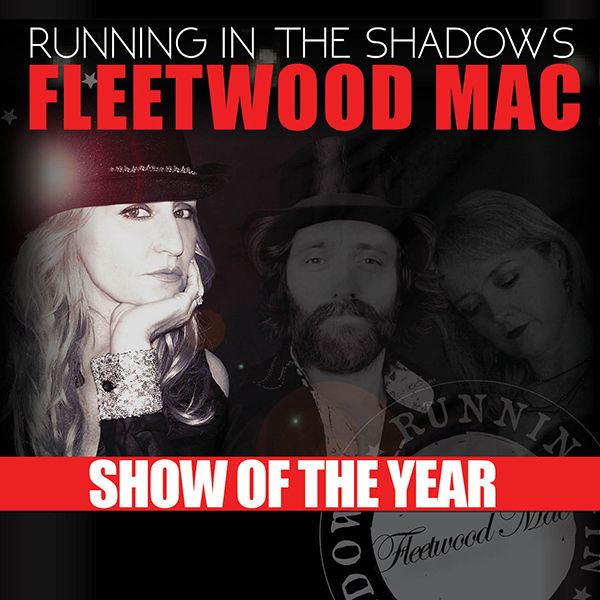