Newly formed TOOL tribute act, "THIRD EYE'' from Melbourne, Australia have burst on the scene in 2014. The band has been praised for not only the musical likeness of TOOL, but also for their re-creation of TOOL's live show. The band incorporates breathtaking lighting and laser effects, Visual displays incorporating video clips and other TOOL related artwork, and musicianship unlike any other TOOL tribute band you have seen. This combination of aural and visual stimuli result in complete immersion into the TOOL experience. It is understandable then that they are quickly emerging as 'Austalia's Premier Tool Tribute Show'. TOOL fan or not, the "Third Eye" show is one not to be missed!!!

Hooker with a Penis 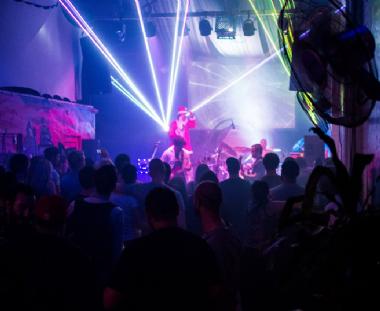