With a remarkable likeness and vocals to match Jack is an awarding winning John Denver Tribute Artist. His show includes precision lighting and sound, videos, voiceovers, costume changes, handouts, and lots of audience participation.  Like Denver, Jack's warm smile affords him to connect and draw in any crowd into his show leaving his audiences "Denverised".  Like Denver, Jack is a skillful songwriter/musician and producer. Close your eyes and let the music take you to a Song's Best Friend, John Denver, as performed by Jack London.

Jack was born in Woodstock, Ontario. His high school days found him occasionally kicked out of class for singing, or instead of note taking, writing songs. After receiving his Bachelors Degree from the University of Western Ontario, Jack completed additional studies at Fanshawe College and York University. Music studies included drums and percussion from various jazz/big band instructors and vocal training from classical vocalists Henry Clark and Gordon Scott of the Stratford Theatre Music Group.

After perfroming with local groups as a drummer Jack branched out traveling the road which garnished him a multiple year recording contract, a weekly spot on a CANPRO award winning TV show, a songwriter’s symposium award and a songwriting award from SOCAN. It was on the TV show Jack worked with many stars including Elaine Twain (Shania) and Anne Murray.

In 2011 Jack was commissioned to compose a theme song "Portrait of Honour" for renowned artist Dave Sopha and the Portraits of Honour Canadian tour. He recently wrote, recorded and produced a video for the bicentennial celebration of the War of 1812. One of his most recent cherished compositions and video is a song he composed in memory of Tori Stafford. All compositions can be found on YouTube.

For over 20 years Jack has been writing songs, performing and operating his own digital recording studio. He engineers, produces and plays on several of his own compositions, as well as others, recording projects from gospel to rock to country to orchestral ensembles to radio jingles and voiceovers. Jack has since expanded into video productions, DigiTALL Productions, producing, directing, shooting and editing music videos for himself and other artists.
YOU’VE HEARD OF THE AUTHOR…
NOW LISTEN TO JACK LONDON THE SINGER 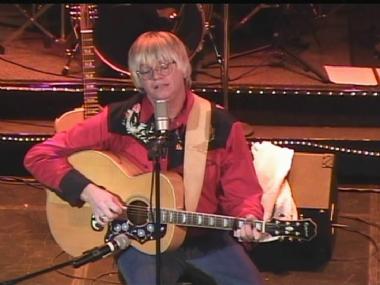