Dale Vine has won over legions of fans on the Nine Networks award winning reality renovation show, The Block. First competing with his wife, Sophie on the 2012 edition of The Block, Dale immediately grabbed our attention with his laid-back charm and was asked to step in again on The Block All Stars in 2013 when contestant Mark Bowyer fell ill and someone was needed to step in and help his mate, Duncan. Dale’s popularity with the fans made him an obvious choice to partner with his good mate Brad Cranfield in the 2014 Block Fans vs Fans series where we have seen more of Dale’s fun character and sharp wit through his very own daily Block news parody, Dale-e News.

A landscaper by trade, this Geelong tradie is a loveable Aussie larrikin who is a natural media performer who resonates with both sexes.

In May 2014, Dale appeared as a regular panelist on the Nine Network’s digital channel GO! in a great new TV show, ManSpace, a hilarious and inspiring, but mostly entertaining show that looks at the world of MEN!

In July 2014 Dale hit our screens with appearances on both Postcards and Getaway as his profile and likeability continues to grow.

Since his return to our screens in Fans v Faves, Dale has received unprecedented media coverage in the press, with TV Week featuring Dale on the cover under the heading, ‘Our new TV superstar?’, along with a 2-page interview (see below).

Mens Style magazine named Dale in their annual Men of Influence 2014 list, whilst all of the major news outlets- online and print- have featured interviews with Dale.

Dale has recently joined Bauer Magazines as a columnist, becoming the resident gardening guru in their new homes+ magazine.

Dale’s all round appeal and ever increasing popularity has lead to him becoming the ‘face’ of CAT clothing and workwear apparel, as well as APCO Service stations, and an ambassadorial partnership with Holmesglen Institute where Dale completed his Landscaping apprenticeship.

With his natural ability to entertain, Dale is a popular choice for personal appearances and anecdotal keynotes. 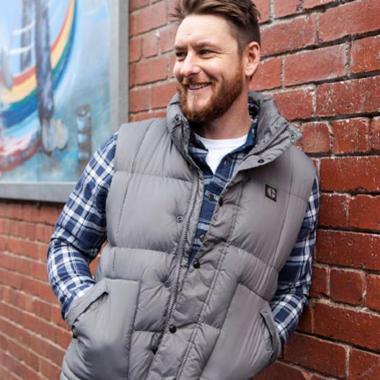