Working at Channel V since he was just a 16 year old rock photographer thrust in front of a camera, Danny Clayton has achieved much since his days working alongside the likes of Andrew G and James Mathison as a teenager.

After filming thousands of hours of LIVE television, interviewing hundreds of the world's biggest celebrities with his warm, quirky style we have seen him put the likes of Will Ferrell, Kristen Stewart, Lady Gaga, Coldplay and the Foo Fighters at ease with his friendly demeanor.

A globetrotting adventurer, he has explored the world with Channel V's travel Adventure show B430, filming surf events in Mexico and music concerts in England.

A talented film maker, TV producer and festival DJ, Danny has become one of subscription television's longest serving presenters which has even earned him four nominations at the annual ASTRA Awards and placed him runner up in Cleo's Bachelor of the Year 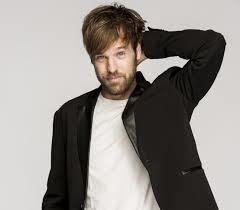