Derek Lau was the clear fan favourite in MasterChef Series 11 (2019). Known for his dumplings and fried chicken it was his knack for pushing boundaries that made the impossible possible, with dishes doughnuts being executed in record time.

Born in Perth to a mother and father from Hong Kong descent, Derek is the youngest of four. He was in the kitchen with his Mum from an early age, where she taught him all the basic fundamentals that he needed to know. It was there where his love for sweets was born.

Derek graduated with a double Bachelor’s degree in Economics and Commerce, and is now a qualified Chartered Accountant and an Investor Relations Analyst. Whilst numbers calculate in his head, his passion for food rings in his heart so he is keen to explore more opportunities in the food space to showcase his creative potential. Passion is at the forefront of Derek’s ambitions which more than a career in the financial sector allows.

When the auditions opened in 2018, Derek decided to take the leap into the unknown. When asked, he says ‘I signed up to push myself’. He wanted to see how much he could learn along the way and find the creative outlet which fulfils his love for food and community.

Derek was confident that it would be his sweets that would set him apart from his fellow contestants however, he quickly gained recognition for his savoury creations. His delicious dumplings has George referring to him ‘undoubtably the dumpling master’. 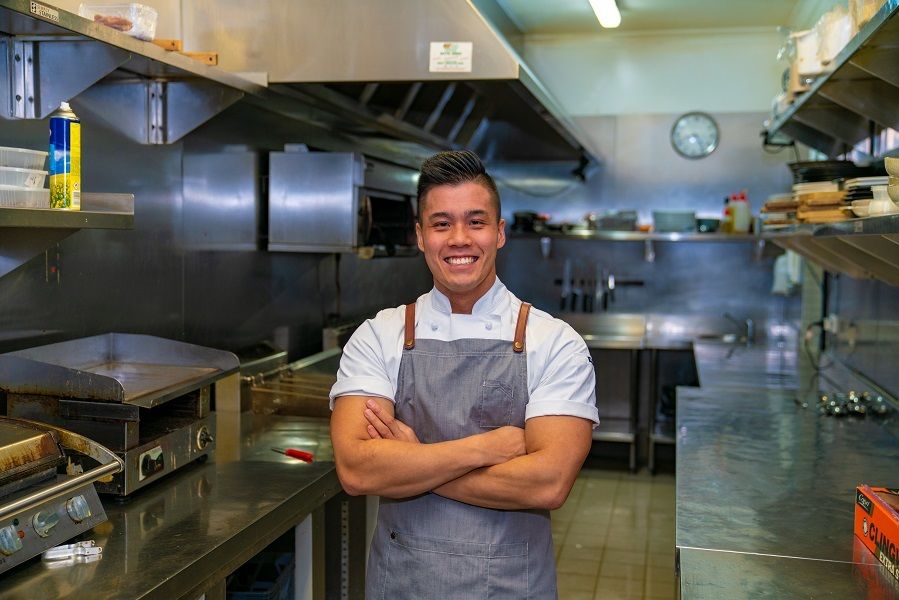