The greatest gift to Australian Jazz Vocals in the last decade is how James Morrison, Australia’s most awarded jazzman, describes Emma Pask.

Her talent was spotted by James Morrison during one of his regular visits to high schools when she was just 16. She first sang with his band that night and has been touring with Morrison around Australia and overseas, ever since.

Before signing up for The Voice, Emma was no stranger to musical fame and adoration. Her journey began at the young age of fourteen, when she joined her high school band as a singer. At a school performance, in 1994 at the age of sixteen, she was discovered by visiting musician James Morrison, legendary Australian jazz musician. She joined Morrison’s band as a vocalist, and has since toured Australia and overseas with him and the band.

Pask, in 1995, took a part-time course in acting at the National Institute of Dramatic Art (NIDA) Australia. She also starred in musicals such as Evie and the Birdman, by John Field.

In 2006, Pask was requested to perform the bridal waltz for Nicole Kidman and Keith Urban’s wedding. She performed a number of big band songs throughout the evening with the Sydney All Star Big Band. That very year, she won the Mo Award for “Jazz vocalist of the year.”

Emma has described her influences as those she was brought up on, the music her parents listened to when she was a child. Musicians such as Ella Fitzgerald, Frank Sinatra, and many of the Jazz and Swing legends are said to have influenced her greatly.

She has tugged at the heartstrings of many VIP audiences such as Princess Diana, Princess Mary of Denmark, and the Prime Minister of Australia. In addition, she has performed for audiences that exceed eighty thousand, and collaborated with the Shanghai Symphony Orchestra, the New Zealand Philharmonic, and the WA Symphony Orchestra as a vocalist. But that is not all. She has done a recording with the BBC Big Band in London at the Queen Elizabeth Hall, performed at the Phillips International Jazz Festival in Kuala Lumpur and the Myer Music Bowl in Melbourne. She has also performed with Barbara Morrison, Don Burrows, Ed Wilson, Conductor Sean O’ Boyle, and the Darius Brubeck Trio in Cape Town South Africa. She toured with her own band ‘The Emma Pask Quintet’ in Rome, Laos, and Singapore. She has also performed at the Sydney Opera House, alongside James Morrison and the Sydney Symphony Orchestra. She has performed at the Ascona Jazz Festival in Switzerland, and performed in Uruguay, South America.

So far, Emma has released three albums, ‘Emma,’ ‘This Madness called Love,’ and ‘Some other Spring.’ However, apart from her singing career, she has had an active career on screen. She has regularly been a guest on Australian TV shows such as Hey, Hey It’s Saturday, Good Morning Australia, the Midday Show, and Today. Emma has also been on many TV commercials, movie soundtracks, and indulged in voice over work for movies and commercials.

According to James Morrison, Emma is the greatest gift to Australian Jazz vocals in the last decade. She auditioned for The Voice in April 2013, and joined Joel Madden’s team. Her powerful performances made her a favorite amongst the Australian public. Her smooth, soothing yet powerful voice had people captivated throughout her performances. During the show, she joined Ricky Martin’s team. In her performance of ‘Mas que Nada,’ Emma impressed Ricky to the extent that he asked her to join him in a collaboration on his latest Brazilian album.

Emma’s voice reminds one of an era long gone, an era ruled by jazz and swing artists. Although her sweet, sexy, soulful yet powerful voice is reminiscent of that era, Emma’s voice and style is uniquely refreshing and individual, and despite her international recognition, she remains down to earth and as hard working as she ever was.

James Morrison, the one who discovered her, says “Whilst it’s fashionable to be a jazz singer these days, she’s the real thing!” 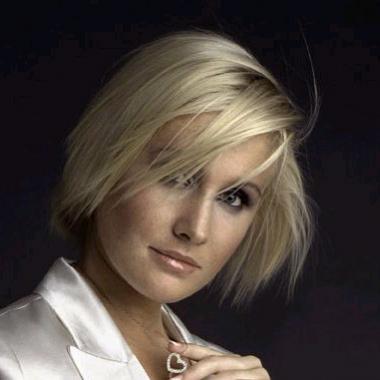