Jerson Trinidad could almost be regarded as a veteran of the music industry having begun his singing career at the tender age of just 13 years old back in his country of birth . Since that time he has achieved many accolades across the globe.

‘When I first started singing back in Manila, I just followed the trend at the time. I found myself leaning more towards Original Filipino music (OPM), where Pinoy artists composed and created original Filipino sounds, but at the same time conforming with the international feel of the all too familiar pop music’ Jerson Trinidad
In those early years of Jerson's career, he was a member of several bands which toured extensively throughout The Philippines and Asia. During this period performing on the International 5 Star hotel circuit, it was clear that this experience had grown his confidence immensely, and such exposure had grown his dream even greater. Upon returning to Manila at just 16 years of age, Jerson went out as a solo artist first touring Korea, the newest Asian country he had conquered apart from Bangkok, Japan, Malaysia, Indonesia and Singapore.
Since migrating with his family to Australia in 1990, Jerson has never looked back. He has continued to develop his unique vocal style and the accolades continued as he showcased his ‘angel like’ voice to many an Australian audience.
Now days Jerson is a leading name often spoken about in the Australian music industry
From small city night spots to major gala events, or private dining experiences to International touring, Jerson Trinidad is undoubtedly one of this country’s best. Whether it is a solo performance, a live band performance or a studio recording, Jerson’s voice is identifiable everywhere he goes.  He has an enormous following through his appearances at clubs and cabarets, and is highly sought after within the recording and events industry.
REPERTOIRE
ALL I DO STEVIE WONDER
MASTER BLASTER
LATELY
ANOTHER STAR
SUPERSTITION
KNOCK ME OFF MY FEET
HIGHER GROUND
I WISH
GIVE ME THE NIGHT GEORGE BENSON
TURN YOUR LOVE AROUND
LOVE X LOVE
ON BROADWAY
NATURE BOY
THIS MASQUERADE
SOMETHING SOMETHING MAXWELL
ASCENSION
ORDINARY PEOPLE JOHN LEGEND
AND MANY MORE JAZZ & SOUL STANDARDS 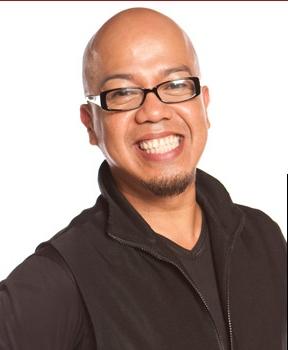