But his love for sport was fostered many years earlier as a youngster growing up on the Gold Coast with his mother Marylou and two older sisters Liz and Rebecca. Jim was captain of the 1st XI Cricket Team at The Southport School for three years and, after completing HSC there in 1985, was awarded a scholarship to Dover College in the United Kingdom –where he became the first non-English cricket team captain in 144 years.

While in England, Jim also renewed his relationship with his father Bruce. His father has been News Limited’s senior foreign correspondent based in Vietnam, Singapore, Washington and London since Jim was just 12-months-old.

Upon returning to Australia in 1987, Jim took up a cadetship at Brisbane’s Courier Mail but later that year jumped at the chance of a job in Channel Nine’s news sport department in Sydney. In late 1990, Jim moved to Nine’s Melbourne office to report and present sports news on weekends.

Seven Melbourne approached Jim to join Seven Nightly News to cover the 1992 Olympic Games in Barcelona. “It was the biggest break of my career because I was now with Australia’s premier sports network,”Jim said.

For seven years Jim was Seven News’ senior sports reporter and weekend sports presenter, covering local sports events like the AFL season, the Australian Tennis Open and golf as well as spending several months a year on tour for various international sporting competitions. In 1994, Jim covered the first Australian cricket tour to South Africa in 24 years, arriving three months before the end of apartheid and the changing of the political guard. “It was the most historical tour I have done,” said Jim. “Black townships were finally being introduced to cricket and I was the first television reporter ever allowed into some of these areas.”

Jim recalls his tour of the West Indies with the Australian Cricket Team in 1995 as “the best I’ve ever done. Not only was it the first time Australia had won on West Indian turf for three decades in a hostile cricket environment, but the backdrop was fantastic –fanatical fans, colourful characters, reggae music. I ate and breathed cricket for four months, stayed with the team and got so many exclusives.”

Jim’s cricket coverage was becoming renowned throughout the country and he found himself on the sub-continent for the 1996 World Cup and then the 1997 Ashes tour to England. “The World Cup was the most confronting tour I’d ever done. With the SriLankan bombing incident, getting around was a logistical nightmare, not to mention getting satellites –and dealing with “Bombay Belly”.

In 1996 Jim was the first Australian television journalist to file regularly from the United States in the lead up to the Olympic Games in Atlanta. “I was there eight weeks before the Games covering all the pre-Olympic camps and getting a feel for the whole event.” Not only did Jim report on all the great Olympic moments, but also broke the Centennial Park bombing story. “I had just finished interviewing Kieren Perkins when it happened and the Seven Network broke into normal programming to bring viewers the story live.”

In 1997, Jim covered The Ashes tour, Wimbledon and the British Open – the only Australian-based journalist to do all three. The 1998 Winter Olympics in Nagano, Japan, was another event to add to Jim’s list of tours.

In late 1998, Jim was offered the weekday sports presenting role on Se 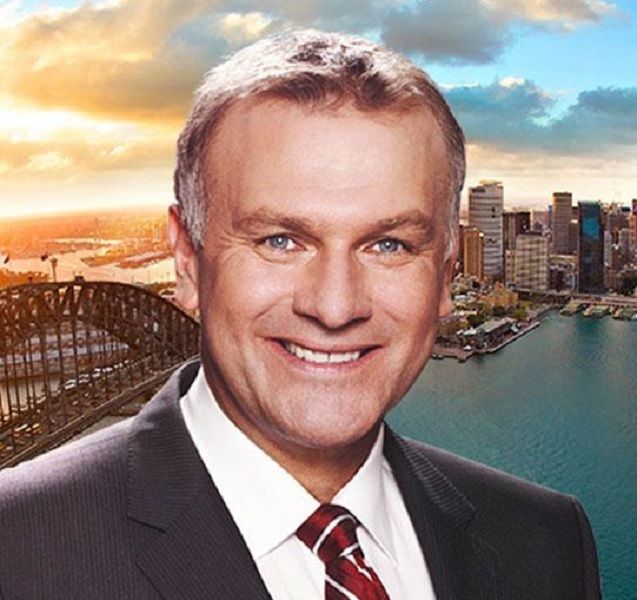