Karen “Miss Murphy” Andrews, sister to three older brothers of Tongan descent (Polynesia), was raised in a housing commission home by hard working parents in an underprivileged part of Wollongong. Miss Murphy studied music throughout high school, after which she joined the choir at Hills Alliance Church as a drummer.

In the spring of 2006, after hard work as a member of the music team, she became the music director for the church. In her capacity as music director, she wrote a number of original gospel songs, worked on a number of different gospel productions, and introduced “urban gospel” to the church’s music team. Due to her commitment to music, and her hard work on music related projects, her community and family continued to encourage her to pursue her love for music.

During her time in the capacity of music director of her local church, Miss Murphy brought together a band known as “Miss Murphy and the Bombers,” which raised ten thousand dollars in charity funds for a children’s learning center in Manila. She has announced recently that she plans to work on a number of projects with the bombers in the future.

Her influences have been artists such as Jill Scott, Adele, Marvin Gaye, the Isley brothers, Amy Winehouse, Gladys Knight and Aretha Franklin.

Miss Murphy is a soft spoken, spiritual person. She draws inspiration from her faith and experience to write and perform music. Since her faith and her music are two of the most important things for her, she combines the two as music director of her community church, which she has been doing for the past seven years.

Miss Murphy is an extremely determined woman, proof of which lies in the fact that she lost forty kilograms in order to feel confident about her body. Following this achievement, which she calls one of the greatest of her life, she signed up for The Voice. The audition was so mind-numbingly amazing, that Ricky Martin, who was one of the judges, said “All of Australia just witnessed a moment of music history that will last forever." Her voice is extremely deep, rich, and soulful. For her audition, she sang “I’d rather go blind” by Etta James. She went on to sing numbers by famous artists such as Elton John, Smokey Robinson, and Lauryn Hill.

Influenced by soul, R ‘n’ B, and hip-hop, she began exploring different genres that appealed to her. In doing so, she decided eventually to collaborate with hip-hop artists the likes of Masta Ace and Puch Line from EMc and Cedrifa. Due to her love for music, she has not stopped writing or singing her own songs. She is currently working on original soul music writing and production projects with different producers, and plans to release them later this year or early next year. 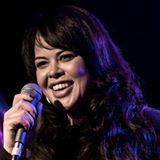