Kiyomi Vella as seen on The Voice.

Kiyomi Vella has a unique musical style, having been influenced by her Japanese and Maltese roots. Her sound is refreshing, colorful, and stylish, but can also be very raspy and rough at times, revealing a very powerful voice. She has an Indie and Celtic infused pop style of singing, and her performances are extremely captivating.

Kiyomi, a quirky nineteen year old draws inspiration from 1950’s musicals and musical legends such as Eskimo Joe, and has been developing her musical singer/songwriter style since the young age of six. No, at the age of nineteen, she has a luminous, quirky quality to her voice that lights up any stage she performs on. Her unique style is reminiscent of artists the likes of Angus, Lilly Allen, Julia Stone, Lisa Mitchell, and Owl City.

Born to a Japanese mother and Maltese father, Kiyomi has been encouraged to stick to her style of singing and to continue with music. Her father, however, has made sure she has a backup plan, and she is studying Environmental Engineering at university. She has also undergone extensive vocal training over the past six years, and has even written over forty songs, and also draws inspiration from the artist Kimbra.

In the TV show The Voice, Kiyomi joined Team Joel after auditioning by singing “1234” by Feist. She went on to dazzle audiences and judges alike with her performances, singing numbers such as Upside Down by Paloma Faith, It’s Oh So Quiet by Bjork, Young Blood by The Naked and the Famous,Running Up That Hill, and Pack Up by Eliza Doolittle. She sang off against Adam Garret, and won, doing a rendition of Skinny Love in that original voice of hers. Kiyomi is now coming out with her new album, and it will be one to watch while it works its way up the charts.

Kiyomi is one of those up and coming artists bound to leave a footprint on the musical world. Her diverse background and training set the stage for her to become one of Australia’s acclaimed young singers, and  is sure to capture many hearts and form a huge fan base. 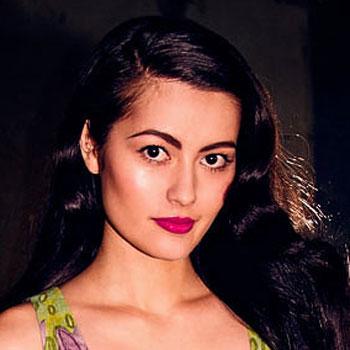