Marc Canavan is a TV presenter, actor, model and builder by trade, and has shown his versatility as a television host in his work on various lifestyle shows.

Marc presented his own television show “The Big Fish” in 2004, a fishing adventure show based around Australia, New Zealand and the South Pacific. He was also a presenter on On Display, a building show which aired on both the Nine and Seven networks over the past 2 years and provided display home buyers with up to date information to help them to create their dream home.

The Great Australian Wine Run was a TV pilot Marc also worked on, which involved him touring around Australia showcasing the country’s best wines.

Marc’s acting credits include Channel 10’s The Secret Life of Us, The Never Too Late Show on SBS and Stingers on the Nine Network.

He has studied acting at several institutions, including the National Theatre, The Victorian College of the Arts and the Herbert Bergdorf studios in New York. These experiences led to his roles as Henry V in the Australian National Theatre production, and Denny in “This is our Youth” in New York, directed by Carol Rosenfelt.

Marc has had an expansive modeling career that has taken him all around the globe, with seven years modeling in Europe, six months in Los Angeles and stints in Hong Kong, Singapore and Malaysia. He has appeared in advertising campaigns for I-Primus, The Grand Prix, Elle Magazine, Heinz Baby food, Toyota Rav4 and OPSM eyewear.

Marc is also a keen surfer, boxer and swimmer, and in his spare time practices playing his guitar. 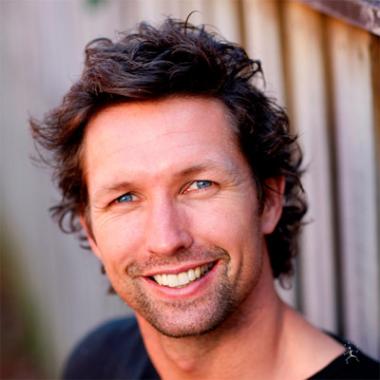