PRINNIE After almost 3 years abroad working with International heavy weights and refining her own musical identity PRINNIE is now back with an agenda that is clear and simple... To break into the Australian music industry.

It was important to PRINNIE that her own country embraced her artistry and she has been working tediously to make this happen. Along with writing and recording, PRINNIE and her team have spent the last 12months refining her brand. Nothing was left untouched, from her styling to her choreography, she instilled her trust in the best of the best in the industry to bring together her debut single & VIDEO LION. 2011 has been a great year and one with much anticipation for PRINNIE. She has had the pleasure of previewing her single to audiences as support act for concerts such as SUPAFEST & TREY SONGS and at exclusive events such as CLEO BACHELOR OF THE YEAR AWARDS, plus a slew of Launches & Benefit Concerts.

Early 2011 also saw PRINNIE create her own Radio show HOT GIRLZ which airs weekly online showcasing the newest female talent in the commercial radio industry. An artist who never stops PRINNIE and her team are now working on a promotional tour for the debut single LION. Nothing has been left behind.. Expect to see Australia's hottest dancers, a great selection of hits and of course, the Triple Threat that is - Miss PRINNIE! 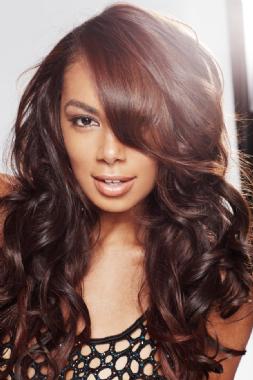