Request a Quote
After graduating from Charles Sturt University with a Communication Degree (majoring in Broadcast Journalism), Samantha Armytage started her career as a reporter and back-up presenter at WIN Television in Canberra.
Samantha was then approached to work as a political correspondent for Sky News in the Canberra Press Gallery. There she covered breaking stories including the 2001 Bali bombings, the start of the Iraq War, a federal election and the January 2003 Canberra bushfire… coverage that brought her to the attention of Channel Seven bosses in Sydney.
Samantha moved to the Seven Network in 2003, and regularly works on the road as a journalist.
She's covered many breaking news stories, including regular trips to Bali to report on the trials of Schapelle Corby and the “Bali-9”. She also reported on the recent troubles in East Timor.
Samantha covered the Canterbury Bulldog's rape crisis, the aftermath of the Cronulla riots, as well as anchoring the 6pm bulletin live from the the Lismore flood disaster in 2005;
while also covered more light-hearted stories like the Melbourne Cup Carnival, fashion week and royal tours for both the Queen and Princess Mary and well as chatting to visiting stars including Matt Damon and Daniel Radcliff.
Samantha co-hosts the Seven Network's very successful Weekend Sunrise with Andrew O'Keefe, and can be seen every Sunday morning from 8-10am and presents Seven's national 4.30pm News bulletin (the highest rating news bulletin in its time slot) and presents late night updates each week.
Samantha regularly fills in on Seven's other news and current affairs shows; including Sunrise, 6pm bulletins and Morning News and presents Today Tonight's Summer Series.
When she's not at work - Samantha loves traveling, as well as most sports, and regularly plays tennis and golf. Sam is a keen snow skier, passionate about horse racing and a huge supporter of rural Australia, having grown up in country NSW.
Samantha is an exceptional MC and guest speaker who is in high demand from the corporate sector. 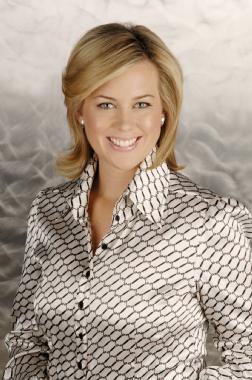