Scott Cam is one of Australia’s best loved television personalities. As host of The Block on Nine Network, Scott’s laidback larrikin attitude has won him millions of fans across Australia, as evidenced by his 2014 Gold Logie award.

Scott grew up in Sydney’s Bondi and after completing school and his carpentry apprenticeship, set off in an old four-wheel drive to explore Australia. In 1990, following a five-year stint working a number of jobs, Scott decided to get back to his building roots and set up his own company. It was on a brief visit home that Scott met his wife Ann, and the family now reside full time in Sydney with their three children, Charlie and twins Sarah and Bill.

Over the last 2 years Scott has enjoyed a successful partnership with the Nine Network, working across a number of popular programs. Scott’s first appearance came on the multi award-winning show, Backyard Blitz, where his experience in the construction industry saw him appointed as the show’s resident builder/carpenter until the show’s completion in 2007. Scott then became co-host of the top rating life style program Domestic Blitz until 2009. Scott also co-hosted Random Acts of Kindness, and appeared regularly in Burke’s Backyard, and Renovation Rescue Specials.

2010 saw the return of Channel Nine’s The Block, with Scott as the newly appointed host. Scott was the ideal candidate to share his DIY knowledge and play the role of mentor and occasional judge to the competing couples on the show. With The Block averaging around 1.3 million viewers over the eight week series, culminating in 3.09 million viewers for the series finale, Scott’s ever increasing popularity was officially confirmed.

Following rating busting years in 2012 and 2013 with the The Block: All Stars and The Block: Sky High, Scott welcomed in 2014 with the launch of the latest series, Fans v Faves. The series finished on a high following a tense live auction where each of the competing couples walked away feeling like winners, after taking out the largest sum of prize money in Block history, a staggering $2.4 million.

After the success of Fans v Faves, It would seem 2014 is Scott’s year after taking home the silver Logie for Most Popular Presenter at this this years Annual Logie Awards, held at Crown on April 27th 2014. No sooner had Scott been on stage to collect his Silver Logie, he was announced as the winner of the most coveted award of the night, the GOLD Logie. Following a long night of celebrations with his Block ‘family’, it was straight back to work for Scott with filming for the next series already well underway.

Scott has written two successful books on building and home renovations: Home Maintenance for Knuckleheads (2003) and Out the Back (2004). In August 2014, it was announced that Scott would be joining the Bauer Media family as their DIY expert in the new monthly home and lifestyle magazine, HOMES+, a magazine that will celebrate the way Australians live. Scott will be bringing you all his helpful DIY tips, including his ‘Best Buys’ 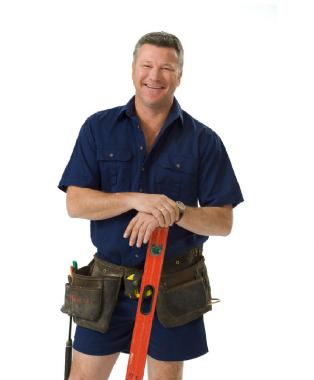