Tim Morrison has worked his way up the music ladder from an early age starting with high school band Trial Kennedy that grew to become one of the most popular bands around Australia. Trial Kennedy signed a major record deal, toured and recorded overseas supporting bands such as Silverchair, Good Charlotte, The Living End, and Fall Out Boy just to name a few. At the end of 2012 Tim decided to take a new musical direction and began his solo career.

Tim gained immediate attention becoming one of the top four finalists on Delta Goodrem’s team on ‘The Voice’. Since the shows closing, Tim has had a copious amount of corporate shows to play, locked in a run of theatre shows that will be announced soon held at the Sydney Opera House. Tim has recently returned from LA writing new songs for which he intends to use for his much anticipated solo career. 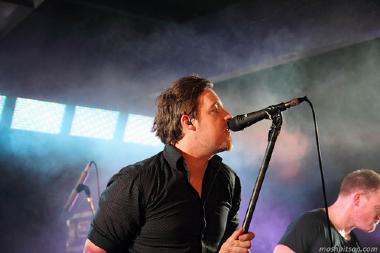